TEHRAN, 29 May_Syrian Ministry of Foreign Affairs and Expatriates has censured the European Union (EU) over prolonging its sanctions against the war-ravaged Arab country for another year, stating such measures expose the hypocrisy of the bloc and spurious statements of its officials. 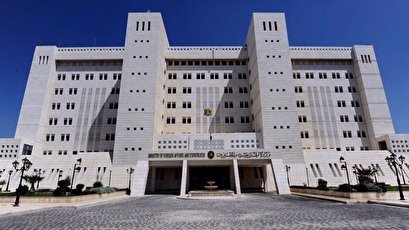 “These sanctions are a flagrant violation of the most basic humanitarian principles and the international law… They are a crime against humanity,” Syria’s official news agency SANA quoted an unnamed source at the ministry as saying late on Thursday.

He added, “It was no surprise for the EU to renew its sanctions on Syria, particularly as the United States had earlier taken the same step. The measure underlines that the EU has lost its independence in terms of decision-making, and is subjugated to US policies.”

“The decision reconfirms the EU’s deep involvement in the war on Syria and its unstinting support for terrorist groups. The union is, therefore, fully responsible for Syrian bloodshed, and exacerbation of people’s sufferings due to cruel and unjust sanctions,” the source pointed out.

Earlier in the day, the European Council, headquarters of the 27 EU countries, announced in a statement the renewal of its sanctions against Syrian President Bashar Assad and other top political officials, military officers and business people for another year.

The sanctions would be extended until June 1, 2021, more than a decade after the Syrian conflict began.