Friday, 17 July 2020 _Russia rejects allegations emerging from the United Kingdom, the United States, and Canada claiming that Moscow was trying to steal research data on the new coronavirus. 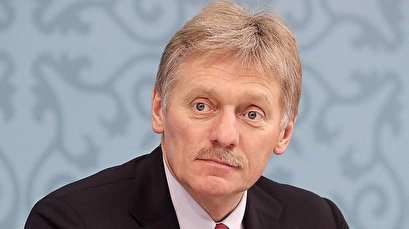 “We have no information about who may have hacked pharmacological companies and research centers in the United Kingdom,” Kremlin Spokesman Dmitry Peskov was cited by Russia’s TASS news agency as saying on Thursday.

Earlier, Britain's National Cyber Security Centre had said that “hackers backed by the Russian state” were trying to steal research data pertaining to COVID-19 -- the type of infection that the virus can cause -- and a potential treatment for the infection, Reuters reported.

The organization claimed that a hacking group “called APT29” had targeted British labs conducting vaccine research. Despite making the claim, it admitted that it was "almost certain” that the alleged group was “part of the Russian intelligence services" and that its target had been the research information, AFP said.

Peskov, however, said, “We can say only that Russia has nothing to do with these attempts.” RIA, another Russian news agency, cited him as saying London’s allegations were not backed by proper evidence.

The Russian Foreign Ministry likewise called on the UK government to provide proof of the accusations, with Spokeswoman Maria Zakharova saying, “This statement is so vague and contradictory that it’s actually impossible to comprehend.”

The British apparatus went as far as claiming that the so-called cyber attacks were targeting research data “around the world,” Reuters added, saying Washington and Ottawa had come up with the same allegation.

The allegations about an ongoing attempt by Moscow to collect vaccine and treatment data ironically emerged only after a Russian research center said it had successfully completed the clinical trials of the world’s first coronavirus’ vaccine on humans.