Tuesday, 21 July 2020_Palestinian factions Hamas and Fatah are gearing up for a “historic” joint rally in the blockaded Gaza Strip in a show of unity against Israel’s highly contentious plan to annex large parts of the occupied West Bank. 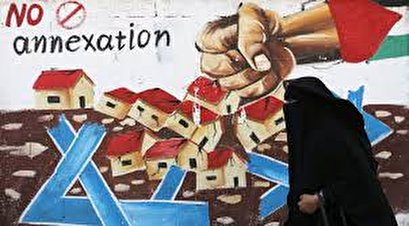 In a statement carried by the Palestinian WAFA news agency on Monday, Fatah Secretary General Jibril Rajoub announced that the West Bank-based political party and the Gaza-headquartered Hamas resistance movement will stage the demonstration “in the coming days.”

“The rally will be a historic point in consolidating the united Palestinian position in the face of the annexation project,” he said.

Israel’s Prime Minister Benjamin Netanyahu plans to annex about a third of the West Bank, including settlements and the fertile Jordan Valley.

The plan is, however, on hold amid deep divisions within Netanyahu’s coalition cabinet over the land grab bid.

US President Donald Trump had already given Tel Aviv the green light for the land grab in his self-proclaimed “deal of the century,” which was unveiled in January with the aim of re-drawing the Middle East map.

Rajoub said both Palestinian President Mahmoud Abbas, who is also Fatah chairman, and other national leaders will speak at the upcoming Gaza event, without elaborating on whether the speeches will be made via video link.

Meanwhile, Hamas political bureau member Khalil al-Hayya said that the head of the resistance movement, Ismail Haniyeh, will also speak at the event.

“This is a message to all sides. We are stressing the unified position of our people in all its factions and forces, wherever they are located, against the annexation plan,” Hayya added.

Elsewhere in his remarks, Rajoub noted that the joint rally would send a message of Palestinian unity to the world, saying, “We must raise the voices of the united Palestinian people, who adhere to the establishment of an independent state with Jerusalem [al-Quds] as its capital, based on the 1967 borders and the return of refugees in accordance with international law, under the leadership of the Palestine Liberation Organization.”

At a joint press conference on July 2, Hamas and Fatah pledged unity against Israel’s annexation of Palestinian areas and vowed to “topple” Trump's Middle East plan.