Wednesday, 23 July 2020 _Iran’s Parliament Speaker Mohammad-Baqer Qalibaf has called on neighboring Iraq to “vigorously” follow up on the US assassination of top anti-terror commander Lieutenant General Qassem Soleimani, censuring the crime as a blot on the record of American statesmen. 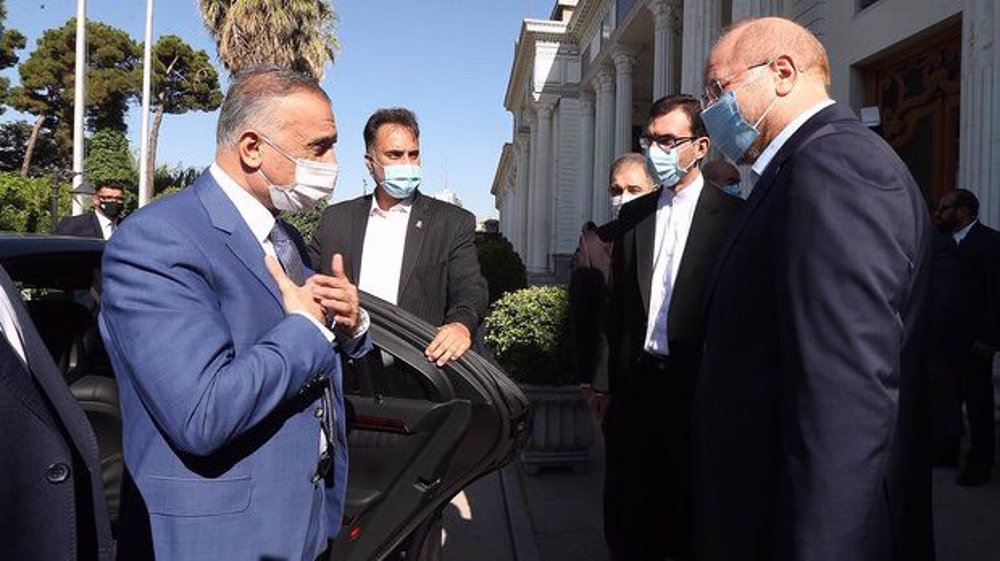 “The United States violated Iraqi territory and impudently assassinated those who risked their lives to crush the bones of terrorism. This is not a simple issue;therefore, the big case of American assassination must be pursued vigorously,” Qalibaf said in a meeting with visiting Iraqi Prime Minister Mustafa al-Kadhimi in Tehran on Wednesday.

General Soleimani, the commander of the Quds Force of Iran’s Islamic Revolution Guards Corps (IRGC), was killed in a fatal US drone strike near Baghdad airport on January 3, along with Abu Mahdi al-Muhandis, the second-in-command of Iraq’s Popular Mobilization Units (PMU) counter-terrorism force, and eight other Iranian and Iraqi people.

“The criminal assassination of General Qassem Soleimani, the international hero of the fight against terrorism, and the great martyr Abu Mahdi al-Muhandis and their companions, on the direct order of [US] President [Donald] Trump, is a stain of shame that will never be erased from the faces of White House officials,” the top parliamentarian said.

The Islamic Republic, he added, believes that stability will not return to the region as long as foreign forces are present.

Qalibaf also highlighted the historical and religious bonds between the two neighboring nations and said, “We fought Daesh and Takfiris and emerged victorious. The Islamic Republic of Iran has been standing by the Iraqi government and since from the start [of their anti-terror fight].”