Why Messi is entitled to endorse Israel’s crimes

Tehran, YJC. Lionel Messi’s support for Israel during the head of the country’s brutal attacks on Gaza has cause a lot of controversy in social media. 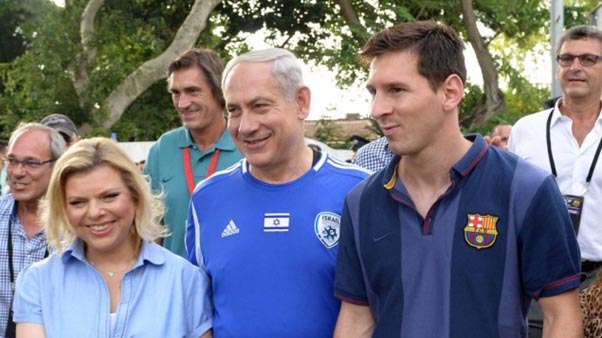 Lionel Messi enjoys a great number of fans around the world. With his sweet, calm complexion, he has many fans in South America, Europe, and even in Asia.
But recently some photos of him have been published which have tinted the minds of many a freedom-lover. These pictures tell of his meeting with the Israeli PM Benjamin Netanyahu.

It has also been said that Messi donated one million dollars to Tel Aviv.

The fact that like any other player, Messi can spend his money as he wishes and to show spiritual support for whomever he chooses is a point in place, but it makes one ponder about the basis of his support and to think more deeply about the relations that may exist between soccer and politics.

Maybe if one is fair enough, by studying how the Israeli state was made, one could consider Messi entitled to support Israel and its crimes.

If you google "Theodor Herlz”, name of the author of Der Judenstaat and the founder of Israel, the first thing you would find would be the biography of Herlz in Wikipedia. If you read that you will see that side by side Palestine, Argentina was the other land where Herlz believed the Jew could migrate to in order to establish the Jewish state.

Therefore one has to give Messi every right to endorse the regime and its violence, because if Argentina had been occupied by the Jew, not only would Messi have not been a well-known soccer player, he may have rather had been living in a camp with his family in Brazil or somewhere else as war refugees.

Even if we grant that the Jew must have gone to Brazil to form their state, right now Messi must have been very similar to a Syrian young man, since surely a lot of the unrest going on in Syria today is do to its neighborhood with Israel.

So one has to give Messi the right to support the crimes of a regime which could have occupied their land.

Bitter but realistic as the point may seem, it must be kept in mind that the value of humanistic view of political and historical events is much beyond political facts and expediency.

Today nobody expects Messi to take a placard in hand in support of the Palestinian people like Portugal’s Cristiano Ronaldo did.


Neither do they expect them to overlook the kids of Gaza who full of love for him and his play, shoot gas tear cans while wearing his shirt. 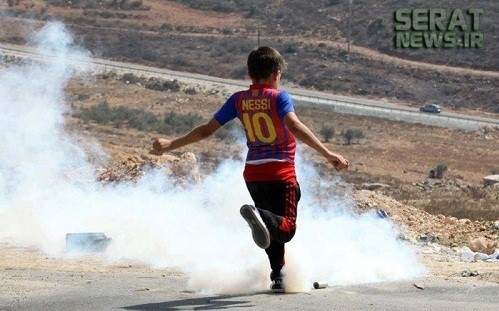