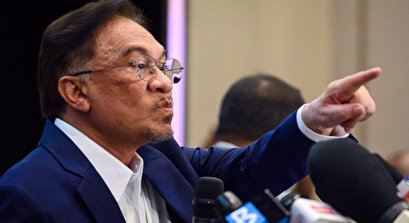 Anwar said at a news conference on Wednesday that his support from lawmakers meant “Muhyiddin has fallen as PM.”

He said he would now be seeking the Malaysian monarch’s assent to formalize his premiership before forming a new government.

“We have a strong, formidable majority. I’m not talking about four, five, six (seats), I’m talking about much more than that,” he said. He did not give a specific number but said it was close to two thirds of the 222 lawmakers.

Anwar was formerly jailed for sodomy and corruption and spent nearly 10 years behind bars. But he was granted a royal pardon in 2018, as part of a deal with veteran politician Mahathir Mohamad, who was prime minister until his government collapsed in March this year.

Muhyiddin then clinched the position with razor-thin parliamentary majority.