US embarrassed by ‘worst debate ever’ 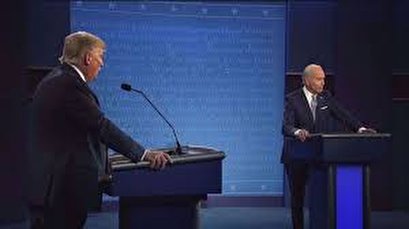 The debate was cited by both domestic and foreign analysts as clear evidence of a huge decline in the quality of the nation's democracy.

Donald Trump aggressively interrupted Joe Biden repeatedly, who many said was too aggressively personal in his attacks on Trump. Polls showed 70% of debate watchers felt "annoyed," only around 15% said they felt "informed," and nearly 85% said the tone was "negative."

Only one out of 10 voters are undecided, yet this was the most closely-watched presidential debate in recent memory. Joe Biden would be the oldest person elected president by 7 years, and many allege that he exhibits signs of age-onset dementia.

The chaotic debate did not really allow Biden to speak at length while under serious questioning, but neither did he make many of the serious “gaffes” for which he has become known recently.

Both candidates attacked each others' record, with Trump questioning Biden’s achievements over his 47 years in public office while Biden heaped blame on Trump for his controversial 47 months as president.

Biden made seemingly no mention of either Trump’s impeachment or his alleged election collusion with Russia, despite all the efforts made by Democrats on those issues since 2016. Trump's denunciations of White supremacy were declared by many to be insufficiently sincere, and he provoked shock by insisting that mail-in ballots rendered the upcoming election already "fraudulent."

The overall sentiment is that what transpired was not a debate but a verbal brawl unworthy of an era marked by once-in-a-century economic catastrophe, unprecedented insecurity and a K-shaped economy which will further entrench ever-increasing inequalities. There are two presidential debates left, on the 15th and 22nd of October.