Wednesday, 14 October 2020_The Russian Defense Ministry has warned that Takfiri terrorists and the so-called White Helmets group are preparing to carry out a chemical attack in the de-escalation zone of embattled Idlib Province in northwestern Syria and incriminate Syrian army soldiers. 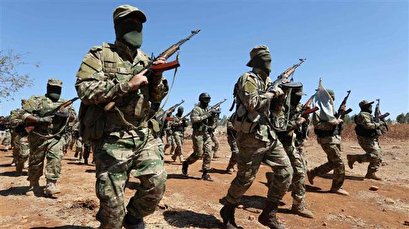 Deputy head of the ministry’s Center for the Reconciliation of Opposing Sides in Syria Rear Admiral Alexander Grinkevich said in a press briefing in Moscow on Tuesday that his center had evidence that Takfiri terrorists were planning to stage a new provocation using chlorine in Sfuhon village, south of the provincial capital city of Idlib.

“The Russian Reconciliation Center has received information that militants of illegal armed groups are preparing a provocation in the southern part of Idlib de-escalation zone to implicate Syrian government forces in using chemical warfare against civilians,” Grinkevich said.

The official said that members of the White Helmets, which calls itself a civil defense group, had arrived in the area and received several barrels of chlorine from the Takfiri militants operating in Idlib.