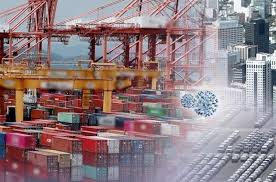 The country’s trade dependency index -- the total trade volume proportion out of the gross domestic product -- came to 63.51 percent, according to the Korean Statistical Information Service run by Statistics Korea.

Due to the limited size of the domestic market and industrial structure, Asia’s fourth-largest economy has always seen a relatively higher trade dependency than other major economies.

As of last year, Korea’s trade dependency was the second-highest among the Organization for Economic Cooperation and Development, next to Germany’s 70.82 percent.

In contrast, the United States and Japan -- both marked with high populations and large domestic markets -- saw their corresponding figures stand at 19.34 percent and 28.08 percent, respectively.

As a high trade dependency level includes higher volatility to external variables, the Korean government has for years made balancing efforts to increase household income and to boost domestic consumption.

The problem is that last year’s decreased trade reliance was mostly due to sluggish exports, which felt the impact of US-China tensions, a chip business slump and low oil prices.

According to the Ministry of Trade, Industry and Energy, Korea’s exports totaled $542.41 billion last year, down 10.3 percent on-year, marking the first double-digit dip since the global financial crisis.

“(Korea’s) economic structure should be improved in a way to both expand export and to increase resilience,” said Kim Kyung-hoon, researcher at the Korea International Trade Association.