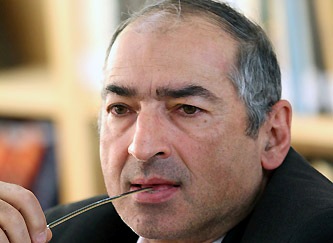 University professor and political analyst Sadeq Zibakalam speaking in a conference held to investigate into the 11th administration’s progress in Iran’s nuclear program said "For the first time, the 11th administration granted that Westerners are really worried about the development of our nuclear activities. Neither Zarif nor his deputies attended the negotiations with the presupposition that West’s fear is an alibi.”

"Ahmadinejad would consider the former governments as traitors and would interpret the opposition shown by Americans and Westerners as their negative regards toward our scientific progress, saying that the West does not favor our economic development,” he said.

Zibakalam added "Any country that can enrich uranium as much as 3 percent will be able to go on to 90 percent as well, this is what worries Westerners.”

He then stated "Our response to the Western concern has always been to say that we do not mean to produce nuclear weapons. But do Americans have to be content with our saying that Islam forbids the production of any sort of nuclear weapons while the Islamic Republic of Iran has officially announced that Israel has to be demolished?”