Wednesday, 21 October 2020_The Kingdom of Saudi Arabia, one of wealthiest countries in the world, has been engaged upon a military campaign against its neighbor Yemen, one of the poorest countries in world, which has been ongoing for over five years. 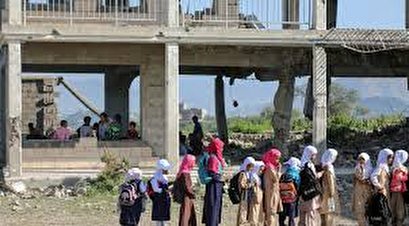 The resultant humanitarian crisis - the worst in recent history - has grossly distorted life in Yemen. With its decimated infrastructure and an arrested economy, Yemen, which once used to be referred to as “Arabia Felix” or “Fortunate Arabia,” is now hardly a livable place especially for young children who, in the absence of basic necessities, are battling life and death.

Although Saudi Arabia and its child-killing accomplices are under fire for igniting the war in Yemen, in a shocking move, UNICEF or the United Nations Children’s Fund has recently lauded Riyadh for its “humanitarian” role in the war-torn country.

The black comedy began with a thank-you letter from UNICEF Executive Director Henrietta Fore in which she hailed the Saudi Kingdom for the "generous support" it had promised to give.

This proposed “support”, according to said letter, would help UNICEF in aiding Yemeni children and their families.  The move came a few months after the UN Secretary-General Antonio Guterres decided to remove the Saudi-led coalition from the body's "list of shame", a list of groups that fail to adhere to measures aimed at ensuring the safety of children in armed conflict.