Tuesday, 10 November 2020_China has decried the United States for “barbaric” interference in the internal affairs of Hong Kong, after Washington imposed new sanctions on four more Chinese officials over the national security law enacted in the semi-autonomous city. 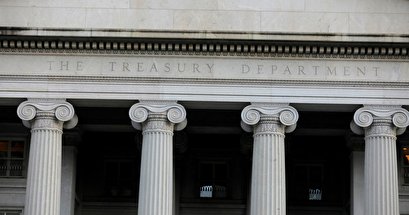 Speaking at a regular press conference on Tuesday, Hong Kong Chief Secretary Matthew Cheung said the sanctions were “absolutely unacceptable, a blatant — and I would use the word ‘barbaric’ — interference.”

Washington on Monday targeted four more Chinese officials in Hong Kong’s governing and security establishment with sanctions, preventing them from traveling to the US and blocking any assets they owned there.

The US Treasury and State Departments identified the four as Deng Zhonghua, the deputy director of the Hong Kong and Macau Affairs Office; Edwina Lau, the deputy commissioner of police in Hong Kong; and Li Jiangzhou and Li Kwai-wah, two officials at the newly established national security office in Hong Kong.

US Secretary of State Mike Pompeo said they had been targeted for their alleged roles in implementing China’s national security law in Hong Kong.

Cheung said, “We are not going to be intimidated.”

In August, the US Treasury Department announced that it was freezing the US-based assets of Hong Kong’s leader Carrie Lam and 10 other senior officials in the city, also criminalizing any financial transactions with them.

Washington has also ended the special commercial treatment of the semi-autonomous Chinese city over the enactment of the law.

The law, which was enacted earlier this year, criminalized sedition, secession, and subversion against the mainland and allowed Chinese national security institutions to operate in the city.

Hong Kong had been rocked by riots over a bill that would have reformed its extradition law last year. Violent individuals vandalized the city, destroying public and private property and attacking anyone deemed to be pro-government. Hong Kong dropped that bill, but the acts of violence continued.

The national security law was introduced partially in response to those riots.

The new US sanctions were the first ones imposed on China since Democrat Joe Biden won the presidential election in the US. Biden is due to assume office on January 20.