Saturday, 14 November 2020_Palestinian Prime Minister Mohammed Shtayyeh and the resistance movement of Hamas have decried a planned visit by US Secretary of State Mike Pompeo to an Israeli settlement in the occupied West Bank. 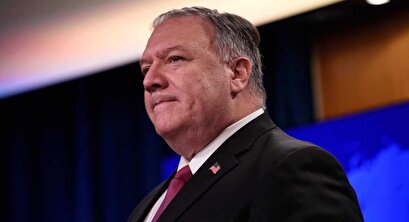 The visit is an attempt to “legitimize the settlements” and creates “a dangerous precedent that violates international law,” Shtayyeh said during a meeting with Bulgaria’s Foreign Minister Ekaterina Zakharieva in the occupied West Bank city of Ramallah on Friday.

Pompeo is scheduled to visit the settlement of Psagot next week, becoming the first US secretary of state to visit one of the settlements, which are illegal under international law.

The development comes one year after the administration of US President Donald Trump, who has lost the 2020 presidential election, announced that the US was no longer considering Israeli settlements in the occupied West Bank “inconsistent” with international law.

Since Trump took office in December 2016, Israel has stepped up its settlement construction activities in defiance of United Nations Security Council Resolution 2334, which pronounced settlements in the West Bank and East Jerusalem al-Quds “a flagrant violation under international law.”

All Israeli settlements are illegal under international law as they are built on occupied land.