Saturday, 28 November 2020_Already a poor country, Yemen goes through hell every day; poverty has been exasperated by drought, famine, disease, embargo and war. The Saudi-led campaign has opened a Pandora’s Box for the Yemeni people, including children. 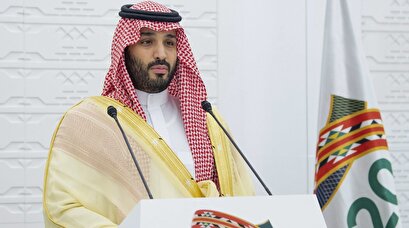 A Yemeni child in red identifies himself on a hill, facing his enemy on the other hill. Blood, bombs, bullets and bodies; these are two drawings by former child soldiers recruited by the Saudi-led coalition, which show what’s going on inside their minds. It clearly shows that their childhood has been stolen.  But they are not alone.

In 2019, UNICEF reported that there are more than 2,700 cases of children enlisted in combat in Yemen pointing out that “this could just be a tip of the iceberg.”

Exclusive footage from Al Jazeera shows that these children are being recruited to defend the Saudi border, as if billions of dollars worth of purchased arms and military equipment are not enough for this purpose.

"We were told we would be working in a kitchen."

One of these child soldiers is Ahmad al-Naqib - from a village near Taiz - who left home when he was 15-year-old.  He had been promised to get regular paycheck and a job in the kitchens of Yemeni military units on Saudi soil.

“We went because we were told we would be working in a kitchen and making 3,000 Saudi riyals ($800)… so we believed them and got on the bus.”

They know about the people that they are recruiting, people they are promising, what seems to be large amounts of money and not delivering those large amounts of money, sometimes tricking them into being, thinking they're going to be working as kitchen hands or in some cases and then being pushed into the front line with weapons, so I'm sure that they know about it and then I think it does reflect the fact that the Saudis have very little respect for people in their own system at the bottom of the heap, so to speak.