Tuesday, 29 December 2020 _A group of prominent Iraqi clerics have thrown their weight behind the Popular Mobilization Units (PMU), better known in Iraq as Hashd al-Sha’abi, describing it as the guarantor of the Arab country’s security, unity, and power. 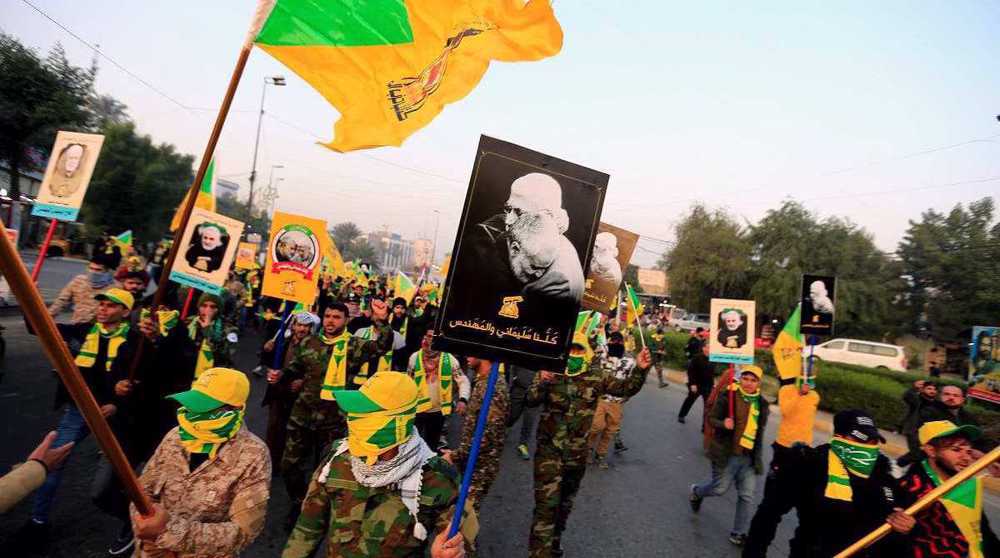 The Iraqi clerics expressed their support for Hashd al-Sha’abi in a statement released ahead of the first anniversary of the US assassination of PMU Deputy Commander Abu Mahdi al-Muhandis and top Iranian commander Lieutenant General Qassem Soleimani.

“The heart-breaking incident, which was caused by the terrorist administration [of the US], shook any freedom-seeking human being in the world. We deem it necessary to mention a few points on its anniversary,” the clerics said in the Monday statement.

“The US and its president well know the martyred commanders were a huge barrier to expansion of terrorism in the region; however, the US never wants stability and peace be established in the region, especially in Iraq,” they said.

“They have well realized that Iraq’s prosperity and its growth and development is detrimental and harmful to their presence in the country,” the statement added.

Therefore, it said, it is absolutely necessary that the US withdraws all its forces from Iraq according to a long-overdue resolution passed by the Iraqi parliament earlier this year.

Iraqi lawmakers approved a bill two days later, demanding the withdrawal of all foreign military forces led by the United States from the country.

In their Monday statement, the Iraqi clerics praised the special role played by General Soleimani in the years of fight against Daesh terrorists in Iraq, saying the pains he suffered in this path will never be forgotten.

“With so many martyrs and war veterans, Iraq should no longer see American-Zionist plots and conspiracies, because they seek to turn this country of sanctities into a weak puppet state which is vulnerable politically, economically, and culturally,” the statement added.

“Therefore, to safeguard and protect the achievements of this great victory, we should support Hashd al-Sha’abi and value its efforts, because Hashd al-Sha’abi is the hoisted flag and a guarantor of security as well as a protector of unity and power of Iraq,” the clerics said.

Hashd al-Sha’abi fighters have played a major role in the liberation of areas held by Daesh terrorists ever since the Takfiri group launched an offensive in the country, overrunning vast swathes in lightning attacks.