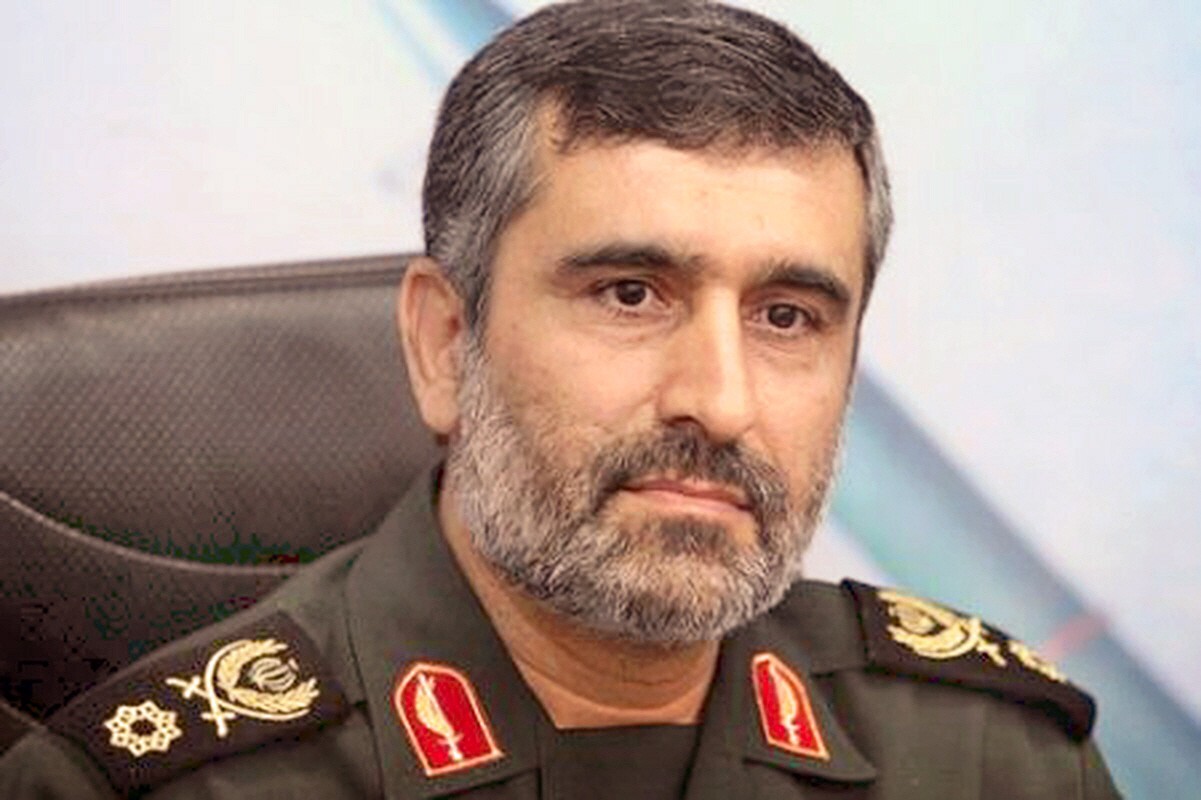 Payambar-e Azam 15 (The Great Prophet 15) military drill kicked off Friday in central Iranian deserts and Hajizadeh pointed to the achievements of the force in the drill in his remarks.

“The first stage of the drill was a simulator for attacking the enemy’s strengths and defensive lines, this stage was carried out using a combination of drones and missiles,” he said.

He went on to say “First, drone units attacked the defensive systems of the hypothetical enemy, and then, ballistic missiles destroyed the main assets and sections of the enemy’s base.”

He then highlighted the fact that the tactic used in this war game is the result of experiences earned from operations and drills carried out in previous years and added “missiles used in this stage of the drill are a new generation of ballistic missiles equipped with detachable warheads and low RCS.”

“These missiles are operational and can be launched in less than five minutes after being established” he noted.

According to Hajizadeh “Attacking the enemy from all directions and altitudes, hampering defense of the enemy, infiltrating into the air defense of the enemy using detachable warheads, and using equipment designed and produced by domestic experts” are prominent features of this drill.

At the end of his remarks, IRGC Aerospace Force Commander announced “By a combination of these new capabilities with drone operation and using the artificial intelligence, a new power was born in IRGC.”