Monday, 18 January 2021 _Former FBI director James Comey has warned of “very serious” risk of violence at US President-elect Joe Biden’s inauguration, saying there are “armed and disturbed people” that need to be taken seriously. 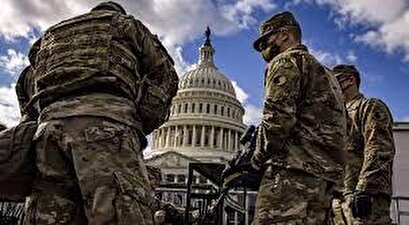 Comey said Sunday, “I’m worried because there are armed, disturbed people who are in this state of mind where they believe their country is being taken from them and so it’s a threat law enforcement in the States has to take very seriously.”

All US states are on high alert, with over a dozen states activating National Guard troops to help secure their capitol buildings following an FBI warning of armed demonstrations by right-wing extremists and supporters of President Donald Trump who claims there had been widespread voter fraud in the November election.

The unprecedented security operations across the US and in particular in Washington, DC follow a deadly attack on the Capitol building by pro-Trump demonstrators on January 6.

On Friday, a man was arrested at a security checkpoint in Washington, DC after police said he was carrying loaded handgun and more than 500 rounds of ammunition as well as a fake inauguration pass.

Asked whether the Capitol violence was a failure by the US police, he said: “Yep, it seems that way to me. Watching it I was – as an American, as a human being – sickened by what I was watching.

"As someone who has spent a lot of my life in law enforcement, I was angered by the apparent failure to defend a hill, it sits on a hill with 2,000 officers assigned to it on a daily basis, the failure to defend the hill.  It just mystifies and angers me. It is going to be important for our country to understand that failure,” Comey noted.

The unprecedented attack on the seat of Congress left five dead and led the House to impeach Trump second time.