Monday, 18 January 2021 _The speaker of Yemeni Shura Council has condemned the US designation of Yemen’s Houthi Ansarullah movement as a terrorist group, saying the current US administration itself is the official sponsor of international terrorism. 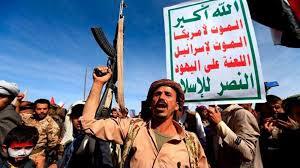 Mohammed Hussein al-Aidarous made the remarks in a letter to a number of his counterparts in different countries, including Malaysia, Pakistan, Indonesia, Iran, Russia, China, Japan, India, Germany, France, Italy, Spain, the Netherlands, Belgium, Austria, Australia, Argentina and Brazil, as well as UN Secretary-General Antonio Guterres.

He denounced the United States’ continuous support for the Saudi-led coalition that waged a war against Yemen six years ago, Yemen News Agency (SABA) reported on Sunday.

Aidarous noted that the American support for the Saudi-led coalition has led to serious human rights violations and crimes against the Yemenis, as well as attempts to disintegrate Yemen, occupy its lands, plunder its wealth and control its decision.

Earlier this month, US Secretary of State Mike Pompeo announced that his department would notify Congress of a decision to designate the Houthi movement as a foreign terrorist organization.

Under the move, the Houthis will be blacklisted on January 19 unless Congress blocks the decision.

Pompeo also blacklisted three leaders of the movement, including their chief Abdul-Malik al-Houthi.

In his letters, Aidarous said the US move will have negative consequences on the political settlement of the war in Yemen and the progress of peace negotiations sponsored by the UN, adding that it will cast a shadow over the security and stability of the region.