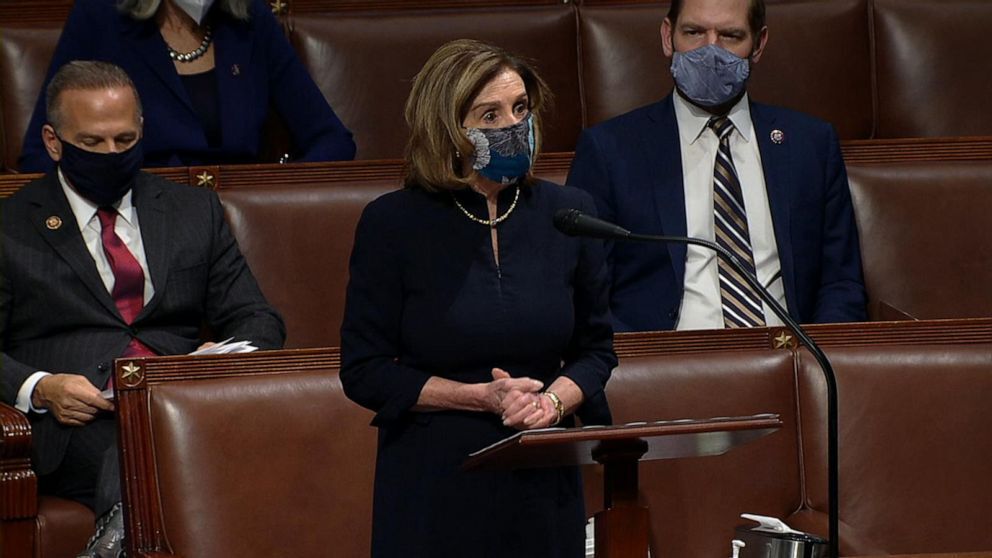 Speaker Nancy Pelosi and congressional Democrats are not backtracking from their promise to move forward with a Senate impeachment trial of Donald Trump, even if doing so risks alienating Republican voters and draping a wet cloth over what newly sworn-in President Joe Biden can do in his first few weeks in office.

“The fact is, the president of the United States committed an act of incitement of insurrection,” Ms Pelosi said at her weekly press conference at the Capitol on Thursday.

“I don't think it's very unifying to say, 'Oh, let's just forget it and move on.' That's not how you unify,” the speaker said.

She added: “Joe Biden said it beautifully — if we're going to unite, you must remember. And we must [remember].”

House Democrats, along with 10 Republicans, impeached Mr Trump for inciting the mob that stormed the US Capitol on 6 January, interrupting Congress’ certification of Mr Biden’s electoral victory for several hours by sending lawmakers fleeing for their lives from the House and Senate chambers.

Share to
Related News
Former Defense Secretary: If my replacement is 'a real yes man' then 'God help us'
CIA whistleblower forced to live under surveillance
US embarrassed by ‘worst debate ever’
Democrats not serious to stop US weapons sales to the Saudis: Former US diplomat
Tags
Nancy Pelosi ، Joe Biden ، impeachment
Your Comment