Saturday, 23 January 2021(YJC)_ Hundreds of demonstrators calling for the opposition leader to be freed were arrested. 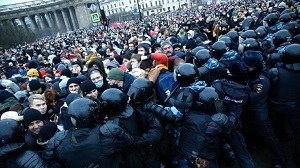 Around 850 people have been arrested after protests erupted in more than 60 Russian cities to demand the release of opposition leader Alexei Navalny, the Kremlin’s most prominent foe.

Some of the demonstrators took to the streets in temperatures as low as minus 50C.

In Moscow, about 5,000 protesters filled Pushkin Square in the city centre, where clashes with police broke out and demonstrators were dragged off by riot officers to police buses and detention trucks.

Navalny’s wife Yulia was among those arrested.

The protests stretched across Russia’s vast territory, from the island city of Yuzhno-Sakhalinsk north of Japan and the eastern Siberian city of Yakutsk, where temperatures plunged to minus 50C, to the more populous European cities.

The range demonstrated how Navalny and his anti-corruption campaign have built an extensive network of support despite official government repression and being routinely ignored by state media.

Navalny was arrested on January 17 when he returned to Moscow from Germany, where he had spent five months recovering from a severe nerve-agent poisoning that he blames on the Kremlin, and which Russian authorities deny. 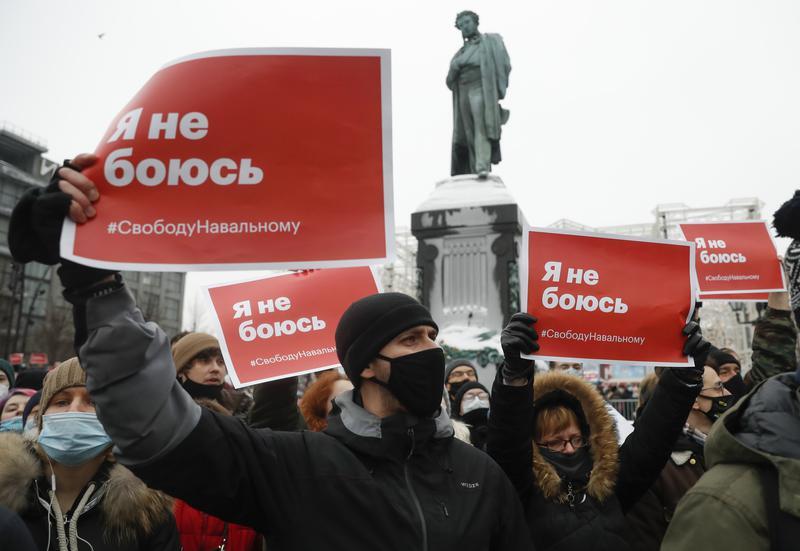 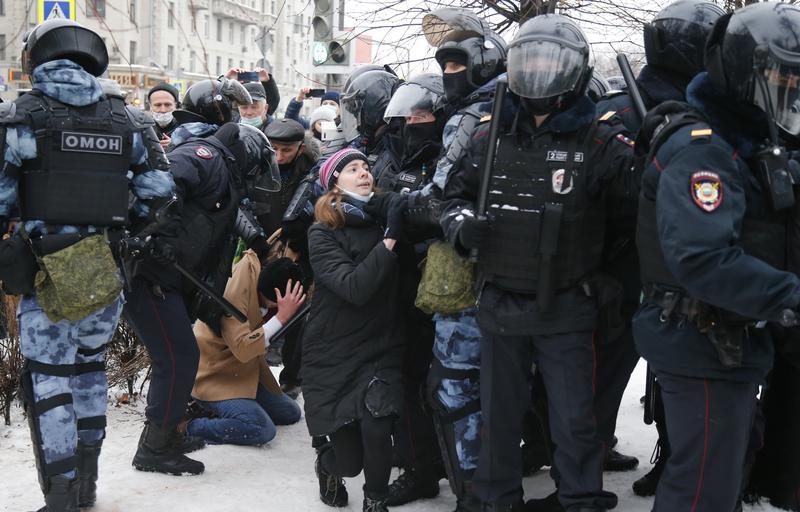 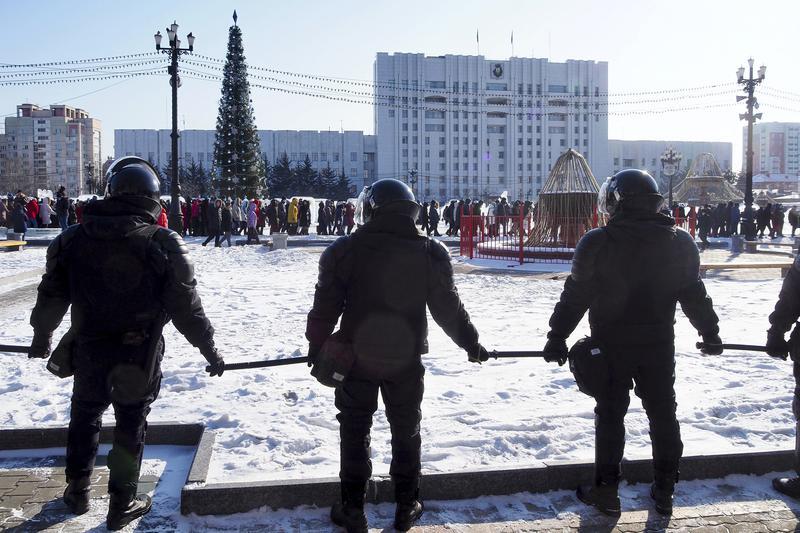