Columns of tractors in northern India have blocked a major highway as tens of thousands of Indian farmers protesting against the government’s new farm laws drove towards the capital of New Delhi ahead of celebrations for the country’s Republic Day. 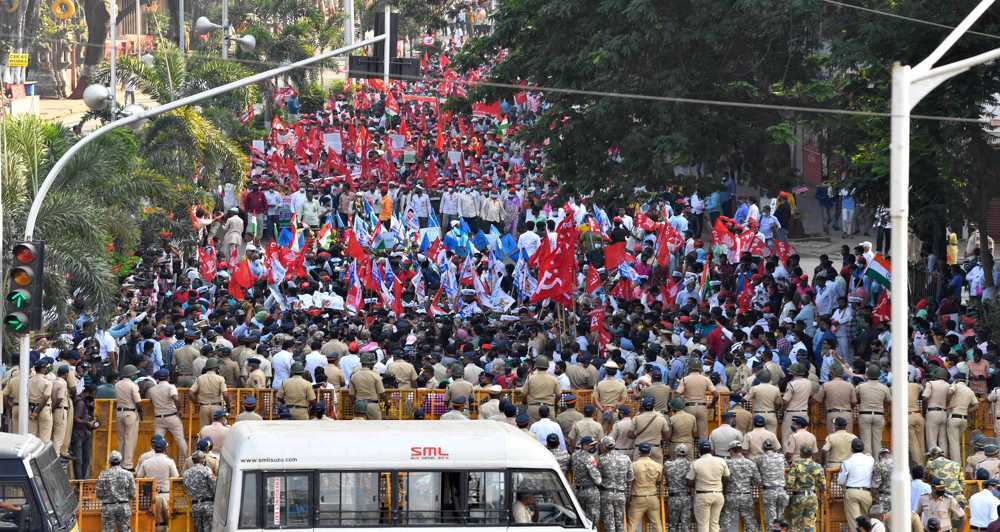 The protests come one day ahead of the national holiday marking the founding of India as an independent Republic with a major military parade planned for Tuesday in the New Delhi’s city center.

Protesting farmers, however, plan their own peaceful show of power, demanding the rollback of Prime Minister Narendra Modi’s deregulation laws.

“We will teach Modi a lesson that he will never forget,” one protester from Punjab told the Qatar-based Aljazeera news network on Monday.

In the western state of Maharashtra, thousands of farmers were also planning to take part in a flag-hoisting ceremony set for Tuesday in the major city of Mumbai, India’s financial capital.

“We are here to support farmers in Delhi, to highlight that farmers across the country are against the farm laws,” said protest leader Ashok Dhawale.

Farmers -- mainly drawn from the breadbasket states of Punjab and neighboring Haryana -- have blockaded key roadways into New Delhi for nearly two months to protest three new farm laws they insist will hurt their livelihoods while helping giant companies.

Loudspeakers blared anti-government songs as the long procession of vehicles rolled down National Highway 44, along with dozens of community kitchens to hand out hot meals and beverages in the cold winter.

Farmers’ unions are pushing for the repeal of the new laws after declining a government proposal to suspend the measures that New Delhi claims will bring in much-needed steps to boost farmer incomes.

This is while numerous rounds of negotiations with Modi’s government have made little progress, with protesters now aiming to exert further pressure through the protest action that is set to follow Tuesday’s military parade, pressing Modi with one of the most significant challenges he has faced since he won re-elected in 2019.

Meanwhile, police authorities announced over the weekend that they would allow at least 12,000 tractors to cross a 100-kilometre stretch around the capital, despite warnings of potential plots to disrupt the farmers’ protest rally by the country’s intelligence agencies.

The police statement was issued after India’s Supreme Court declined a government petition last week to ban the protest action.

Police officials said security arrangements were in place to allow tractors through certain designated entry and exit points on Tuesday.

Moreover, a farmers’ group called on its members to avoid engaging in violence in detailed guidelines issued for the protest events on Tuesday, saying, “Remember, our aim is not to conquer Delhi, but to win over the hearts of the people of this county.”

The development came days after New Delhi offered to temporarily suspend the implementation of controversial agricultural reforms that have sparked massive protests across India over the past two months.