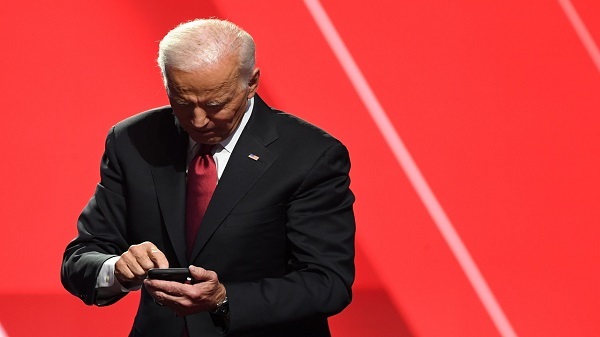 U.S. President Joe Biden had his first call with Vladimir Putin on Tuesday, raising concerns about the arrest of opposition figure Alexei Navalny while pressing the Russian president on his nation's involvement in a massive cyberespionage campaign and bounties on American troops in Afghanistan, two senior administration officials said.

Biden has looked to establish a sharp break from the warm rhetoric often displayed toward Putin by his predecessor, Donald Trump. But the new president also looked to preserve room for diplomacy, telling the Russian leader that the two nations should finalize a five-year extension of an arms control treaty before it expires early next month, according to the officials, who were familiar with the call but not authorized to discuss it publicly.

Unlike his immediate predecessors, Biden has not held out hope for a “reset” in relations with Russia but has instead indicated he wants to manage differences with the former Cold War foe without necessarily resolving them or improving ties. And, with a heavy domestic agenda and looming decisions needed on Iran and China, a direct confrontation with Russia is not something he seeks.

Moscow reached out last week to request the call, according to the officials. Biden agreed but wanted first to prepare with his staff and speak with European allies, including the leaders of the Britain, France and Germany.

And on Tuesday before his call with Putin, Biden spoke to NATO Secretary General Jens Stoltenberg, pledging the United States' commitment to the decades-old alliance founded as a bulwark against Russian aggression.

Biden told Putin that his administration was assessing the SolarWinds breach and the press allegations that Russia offered the Taliban bounties to kill American troops in Afghanistan. Biden said the United States is willing to defend itself and will take action, which could include further sanctions, to ensure that Moscow does not act with impunity, according to the administration officials.

Share to
Related News
Putin to spy agency staff: Keep up the good work
Can Russia and the USA come to terms on the curb and control of Nukes?
US: Trump hopes to reach a last-minute nuclear arm deal with Putin
Biden is nominated for Nobel Peace Prize by British member of Parliament
Ankara lashes out at Pelosi for suggesting Turkey not democratic
Trump says considering pardon for former NSA contractor Snowden
Tags
Joe biden ، US ، russian ، vladimir putin
Your Comment