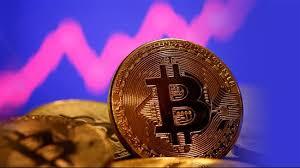 The abrupt resignation of Tayyip Erdogan’s son-in-law from one of Turkey’s most powerful cabinet positions shocked the government and angered some ruling party members who say the nature of his departure damages the president.

Finance and Treasury Minister Berat Albayrak oversaw economic policy for two tumultuous years during which Turkey endured economic slowdowns, the COVID-19 pandemic and a 45% slide in the lira.

Many people in Turkey, including some officials in Erdogan’s ruling AK Party, believed the president was grooming the 42-year-old former businessman as a future party leader and even as possible successor.

But in a highly unusual resignation statement posted on Instagram on Sunday Albayrak said he was stepping down, one day after Erdogan sacked the Central Bank governor and, according to officials, ignored Albayrak’s preference for a successor.

Albayrak’s message, addressed not to Erdogan but “for the attention of the public”, said he was resigning for health reasons. It was followed by silence as presidency officials said they scrambled, and failed, to track him down for clarification.

Erdogan, in a speech to Turkish diplomats in Ankara on Monday, made no mention of Albayrak and his party’s spokesman declined to directly address the issue at a news conference.

Television networks, mostly owned by businesses close to the presidency, studiously ignored the departure of the government’s economic policy maker.

But the main opposition Republican People’s Party (CHP) said Albayrak’s resignation via social media was unprecedented and amounted to a “state crisis”.

“Resigning like this caused serious damage to both Erdogan and the party,” an AK Party official said, citing both the content of Albayrak’s message and the fact that Erdogan had championed him, at some political cost.

“Erdogan invested a great deal into Mr Berat. He even upset many ministers and bureaucrats,” the party official said, pointing to the way Albayrak’s role expanded well beyond his remit into areas including national security.

“In the end, Erdogan was going to bring him to head the party,” he said. The 66-year-old president, who has ruled Turkey since 2003 and faces his next presidential election in three years time, has not spoken of any plans to step aside.

Modern Turkey’s most successful politician, Erdogan has won more than a dozen national and local elections but the weak lira and stuttering economy have eroded his support in recent years.

Three political sources told Reuters that the weekend drama followed economic policy talks at the presidential palace after the latest slump in the lira, which followed a surprise Central Bank decision not to raise its policy interest rate from 10.25% to tackle double digit inflation.

Erdogan, who has long opposed hiking rates to tackle price rises, was also briefed on the extent of Turkey’s depleted foreign exchange reserves after authorities used up an estimated $100 billion of reserves this year to curb the lira’s slump.

The officials spoke to Reuters on condition they were not named because they were not authorised to disclose details of the discussions.

They said Erdogan decided that the man he appointed Central Bank governor in July 2019 specifically to bring interest rates down from their then-elevated level of 24% should be replaced.