Saturday, 27 February 2021_Iran has condemned as a flagrant violation of human rights and international law the illegal and aggressive attacks by American forces on areas in eastern Syria. 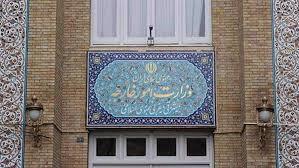 In a statement on Friday night, Iran's Foreign Ministry spokesman Saeed Khatibzadeh stressed that such attacks against Syria were a continuation of Israel’s unabated aggression on the Arab country’s territories.

The statement came after US warplanes earlier in the day conducted airstrikes on areas in Syria’s eastern province of Dayr al-Zawr near the Syrian-Iraqi borders, the first of its kind under new American President Joe Biden.

“The attacks … have taken place in a context in which US forces have illegally entered Syrian territory in recent years, occupying areas of the country and plundering its natural resources, including oil," which rightfully belong to the Syrian nation, Khatibzadeh said.

The airstrikes, which were carried out against facilities used by forces of Iraq’s Popular Mobilization Units (PMU), have been met with a negative reaction, with many observers likening Biden’s approach to that of his hawkish predecessor, Donald Trump.

The PMU - better known as Hashd al-Sha’abi - have been fighting remnants of the Takfiri Daesh terror group across border regions of Iraq and Syria in coordination with the governments in both Arab countries.

“Illegal US bases on Syrian soil also train terrorist forces and use them as tools,” Khatibzadeh further said.