Thursday, 04 March 2021 (YJC)_ The US House of Representatives on Wednesday passed a sweeping government. 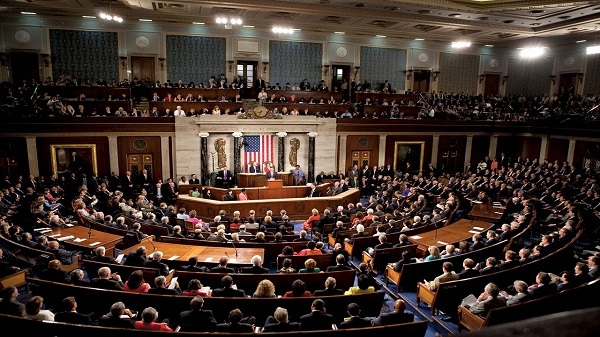 The US House of Representatives on Wednesday passed a sweeping government and elections reform bill designed to update voting procedures, reported Reuters.

The Democratic-controlled House passed the H.R. 1 bill by 220-210 in a mostly partisan vote, in a move that had been anticipated, as most Republicans have been vocally opposed to the legislation, seen as a sign of unwarranted ‘federal overreach’.

While overhauling government ethics and campaign finance laws, H.R. 1, known as the "For the People Act," includes provisions to expand early and absentee voting, to allow voters to register online on Election Day and to restore voting rights for felons. It will also see the task of redrawing congressional districts turned over by states to independent commissions.

The legislation was hailed as "designed to restore the voices of Americans who felt left out and locked out for too long" by its original sponsor, Representative John Sarbanes, as he spoke outside the Capitol ahead of the vote-casting.

While the Democrats have argued for the new legislation, claiming it would render the political system in the country more democratic and ‘responsive to voters’, Republicans have warned of powers being potentially stripped away from the states, while unleashing opportunities for potential fraud.