Leader of the Islamic Revolution Ayatollah Seyyed Ali Khamenei says Iran’s 1979 Islamic Revolution, inspired by the path of Islam’s Prophet Muhammad, countered arrogance and tyranny in support of oppressed people, prompting the world’s villains and criminals to mobilize and try, albeit in vain, to confront the movement. 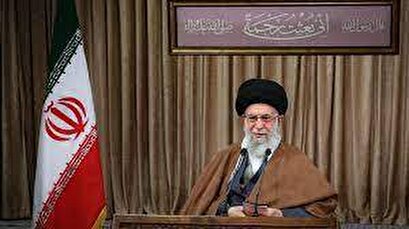 Ayatollah Khamenei made the remarks in a live address to the Iranian nation on Thursday, on the occasion of Eid al-Mab’ath, which marks the appointment of Muhammad ibn Abdullah as the prophet of Islam in the seventh century.

The Leader said Iran’s Islamic Revolution followed the Prophet’s path that started with Bi’tha — an Arabic word that means the Prophet’s selection by Allah for the guidance of people.

“It (Revolution) was against oppression, tyranny and arrogance…in support of the oppressed people of any faith or religion. It stood for the deprived and the downtrodden [people] from any nation, religion or faith. Under all circumstances, this Revolution invited the entire humanity to [follow] the straight path of Islam,” the Leader said.

Following the Revolution, which brought about the Islamic establishment in Iran, the world’s villains and criminals joined forces and lined up to confront the Revolution, similar to what happened to Islam’s Prophet Muhammad when he began his divine mission.

“That was, of course, not contrary to our expectations. It was crystal-clear from the start that…the likes of America and the then Soviet Union would confront [Iran],” he added.

Elsewhere in his remarks, the Leader elaborated on ways that the nation can thwart the conspiracies of the US and other enemies against the Islamic Republic.

Ayatollah Khamenei named “insight” in addition to “patience and perseverance” as the two important factors required to face the enemies’ plots, saying “if these two elements are there, the enemies will not be able…to do any harm [to the country] and will not achieve any success.”

Ayatollah Khamenei further renewed the warning against the soft war being waged by the enemies against Iran, who have targeted the nation’s patience and perseverance and resorted to the distortion of realities about the Islamic Republic in pursuit of their hostile goals.

In the face of the war, Iran’s youth have a task to fulfill, the Leader said, praising them as the “officers of the soft war.”

Ayatollah Khamenei said the youth should use cyber space as an opportunity to promote perseverance and insight among the people and prevent them from losing hope.

Examples of how US, other enemies distort facts

Elsewhere, the Leader offered a number of examples to shed light on the tactics that the enemies, especially the US, use to present the developments in a way that is opposite to the truth.

As a case in point, Ayatollah Khamenei referred to the Saudi regime’s US-backed campaign of military aggression against Yemen.

“It has been six years that America’s Arab partner has been bombarding the oppressed Yemeni people in homes, hospitals and schools. It has imposed an economic siege on [the people,] blocking their access to food and medicine. This has been going on for six years with America’s green light,” the Leader said.

Ayatollah Khamenei said the “talented” Yemeni people have succeeded in developing the required defense equipment to retaliate against the Saudi attacks, but as soon as they began to respond, the United States, and even the United Nations, raised an outcry against Yemen’s campaign of self-defense.

In another case, the Leader referred to the US as the possessor of the world’s largest nuclear arsenal.

“America is the only government that has used nuclear bombs, but raises its voice to say that ‘we are against the development of nuclear arms.’ They claim to be against weapons of mass destruction, while they possess the worst and the most dangerous such weapons.”

The Leader also pointed to the state-sponsored murder of Saudi dissident journalist Jamal Khashoggi, who was brutally killed and dismembered in 2018 at Riyadh’s consulate in Turkey at the hands of the agents of Saudi Crown Prince Mohammed bin Salman.

Ayatollah Khamenei slammed the United States for turning a blind eye to the gruesome assassination and keeping up its support for the Saudi regime and still claiming to be a supporter of human rights.

In another case, the Leader pointed to Washington’s destructive role in the Middle East region, where it has been using the Takfiri Daesh terror group to advance its personal agenda.

“The US created Daesh and they (the Americans) themselves admitted to it...Then, they create a military base under the pretext of the existence of Daesh …. They provide Daesh with modern media facilities and money and allow them to destroy and sell Syrian oil, then they say ‘we are fighting Daesh’,” Ayatollah Khamenei said.

“They (the Americans) refer to Iran’s presence in the region with hatred and resentment. While we do not have a military presence…Wherever we are present, we are there to defend legitimate governments at their own request. But they (Americans) themselves attack a country without permission and establish a military base,” he added.