Yemen’s Ansarullah calls on Saudi-led aggressors to free all tankers in 48 hrs. if it's serious about peace

Saturday, 20 March 2021 _Yemen’s Ansarullah movement has called on the invading military coalition led by Saudi Arabia to release all Yemeni ships within the next two days as a first step to end a persisting blockade against the Yemeni people. 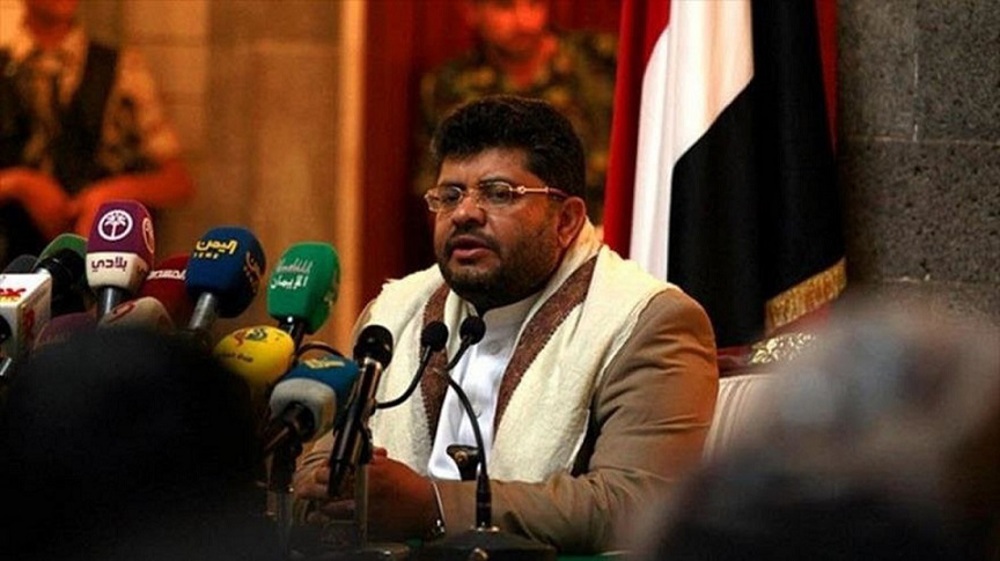 In a number of tweets on Friday night, Mohammed Ali al-Houthi, a member of Yemen's Supreme Political Council, called on the invading coalition and its supporters to end bloody aggression against the Yemeni people and lift a years-long blockade against them.

“We call on the United States, Britain, Saudi Arabia, and the United Arab Emirates (UAE) and their allies for holding a comprehensive ceasefire throughout the Republic of Yemen and removing the current blockade,” al-Houthi tweeted.

He also stressed that the Saudi-led invading collation would have to “release all the 14 detained ships within the next forty-eight hours” as the first step to remove the current blockade against the Yemeni nation if they “are serious about peace and stopping the human tragedy” in Yemen.

Since March 2015, Saudi Arabia has been waging a bloody military aggression against Yemen with help from its regional allies, and using arms supplied by its Western backers.

The aim of the war has been to bring former president Abd Rabbuh Mansur Hadi back to power and defeat the Ansarullah movement.

Tens of thousands of Yemeni people have so far been killed in the ongoing war.

More than half of Yemen’s hospitals and clinics have been destroyed or closed during the war at a time when Yemenis are in desperate need of medical supplies to fight the COVID-19 pandemic.

At least 80 percent of the 28-million-strong population is also reliant on aid to survive in what the United Nations (UN) has called the world’s worst humanitarian crisis.

Separately, Yemeni Petroleum Company (YPC)'s Executive Director Ammar al-Adhra'i, for his part, said that the impounding of the tankers by the Saudi-led coalition came as “they are licensed by the United Nations (UN) and international organizations.”

He also warned that the lives of 26 million Yemenis “are in danger as a result of the theft of the tankers and their continued detention.”

Al-Adhra'i also warned of the dire humanitarian consequences of the closure of most of Yemen's service and vital sectors due to fuel shortage, calling on the world community to pressure the invading coalition to end its brutal war against the Yemeni nation.

Earlier, Yemen’s health ministry had warned that the inhumane blockade imposed by the Saudi-led coalition had practically crippled the ministry.

“If the oil products needed by the hospitals run out, we will see 500 people die every day in Yemen,” it had warned in a statement.

The war has also destroyed, damaged, and shut down Yemen's infrastructure, including a large number of hospitals and clinics.

The Yemeni population has been subjected to large-scale hunger and diseases aggravated by the naval blockade imposed on the country by the coalition of aggressors.

The US and a number of European countries are major suppliers of weapons to the Saudi-led coalition.