Tuesday, 23 March 2021_A prominent member of Yemen’s Supreme Political Council has dismissed Saudi Arabia’s so-called peace initiative, saying the Yemeni nation is awaiting a meaningful end to the Saudi-led aggression and blockade instead of a mere “ceasefire” plan. 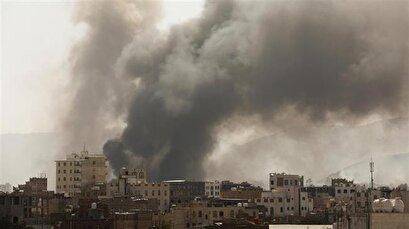 “We were expecting that America and Saudi Arabia would announce a ceasefire and remove the [ongoing] siege, instead of introducing an initiative. They should have demonstrated their seriousness for the establishment of peace by allowing licensed ships to dock at the port of Hudaydah rather than put forth a proposal,” Mohammed Ali al-Houthi wrote in a post published on his Twitter page on Monday evening.

He called on the Saudi-led military alliance waging a military campaign against Yemen and the US to agree to the terms of an initiative worked out by Yemen’s National Salvation Government and aimed at restoring comprehensive peace across the country.

On Monday, Saudi Foreign Minister Prince Faisal bin Farhan Al Saud presented a so-called peace initiative to end the conflict in Yemen, which would include reopening Sana’a airport, and allowing fuel and food imports through Hudaydah port — both of which are under the control of the Ansarullah movement.

The top Saudi diplomat told a news conference that political negotiations between representatives of the Saudi-backed government of Yemen’s former president Abd Rabbuh Mansur Hadi and Ansarullah would resume as well.

Al Saud said the initiative would take effect once the Yemeni sides agreed to it.

Mohammed Abdul-Salam, the spokesman for Ansarullah, said the initiative provided “nothing new,” as it still fell short of the movement's demand for a complete lifting of the blockade on Sana’a airport and Hudaydah port.

“We expected Saudi Arabia to announce an end to the blockade of ports and airports and an initiative to allow in 14 ships that are held by the coalition,” he said.

A “humanitarian right” should not be used as a pressure tool, Abdul-Salam said.

Ansarullah would continue to talk with the Saudis, the United States and mediator Oman for a peace agreement, he said.

‘Yemen to keep targeting Saudi Arabia until peace is established’

“Peace in Yemen cannot be obtained by unilateral cessation of hostilities. The refusal of the coalition of aggression and its mercenaries to stop fighting simultaneously with the other side proves that the aggressors are not serious about peace,” he tweeted.

“Yemeni force have, therefore, no option but to hit targets in the depths of Saudi Arabia, and to liberate every inch of the country’s soil through armed struggle,” Bukhaiti said.

Meanwhile, Saudi warplanes carried out a number of airstrikes against civilian structures across Yemen early on Tuesday.