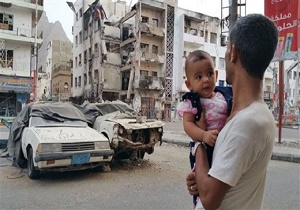 The meeting comes in line with meetings of Yemeni officials with authorities of various countries in order to discuss developments in Yemen.

Saudi Arabia has been engaged in a deadly campaign against Yemen since March 2015 in an attempt to reinstall the former Yemeni government.

The Saudi military aggression has left at least 11,400 civilians dead, according to the latest tally by a Yemeni monitoring group.