US President-elect Donald Trump said the latest wave of terrorist attacks in Europe prove him to be “100-percent correct” about his plans to tackle terrorism. 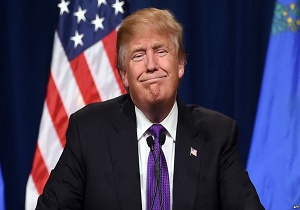 In the run-up to the 2016 presidential election, the New York billionaire and reality TV star, running for the GOP, released a policy proposal, calling for a complete ban on Muslims entering the United States.

"You've known my plans all along and I’ve been proven to be right, 100-percent correct,” he said at his house in Mar-a-Lago, Florida, on Wednesday.

Trump's remarks followed a Monday terrorist attack in Berlin, where a truck rammed into people at a Christmas market, leaving 12 dead and dozens injured.

Earlier in the day, Russia’s ambassador to Turkey was assassinated in the capital Ankara, by a young man shouting it was done in revenge for Russia’s support for recapturing the Syrian city of Aleppo from militants.

The Daesh Takfiri terrorists have claimed responsibility for both the attacks but their role is being considered with skepticism.

The president-elect has not yet had the chance to talk with President Barack Obama since the attacks took place but received his latest intelligence briefing on Wednesday morning.

Ahead of his November 8 victory, the real-estate-mogul-turned-politician appeared as a staunch opponent of Obama’s policies in Syria, vowing to tackle the terrorists there once he wins the White House.