A white supremacist group in the United States is planning to hold an armed protest in the state of Montana “against Jews, Jewish businesses and everyone who supports either.” 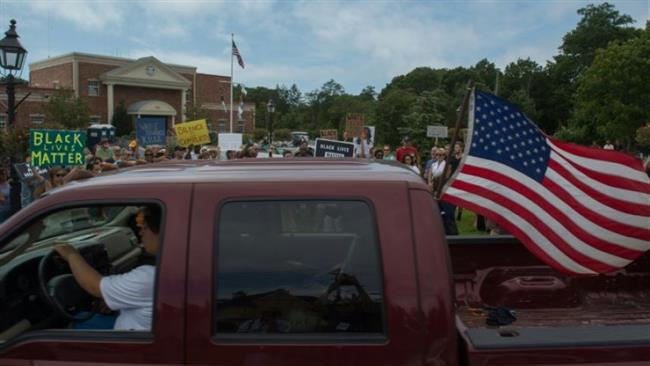 The Daily Stormer website told its supporters that "we are planning an armed protest in Whitefish.”
"Montana has extremely liberal open carry laws, so my lawyer is telling me we can easily march through the center of the town carrying high-powered rifles,” read the message.
"Currently, my guys say we are going to be able to put together about 200 people to participate in the march, which will be against Jews, Jewish businesses and everyone who supports either.”
With Whitefish police saying it is "aware" of the protest, scheduled for January, the group says it is ready to call it off under certain conditions.
This is not the first time the website is attacking Jews in the state. It previously released the personal details of Jewish people in Montana, calling on readers to "take action.”
"Are y’all ready for an old fashioned Troll Storm?” the white supremacist website asked supporters earlier in December, based on an argument that Jewish people were harming the business of white supremacist Richard Spencer’s mother in the ski resort town.
Spencer, who is the head of the white supremacist National Policy Institute, gained notoriety when he spoke at a white nationalist rally in Washington, where the audience raised their arms in Nazi-style salutes as he said "Hail, Trump!”
The victory of GOP nominee Donald Trump in the November 8 election has raised concerns among human rights activists as white supremacist groups are getting stronger.
The notorious Ku Klux Klan and the American Nazi Party have both been among the staunch supporters of the future president.
(Press TV)
Share to
Tags
supremacist ، protest ، Jews
Your Comment