A senior American political analyst highlighted the close links between the Riyadh and Tel Aviv regimes and said the oil-rich Kingdom is following suit in waging war, committing genocide and killing innocent people. 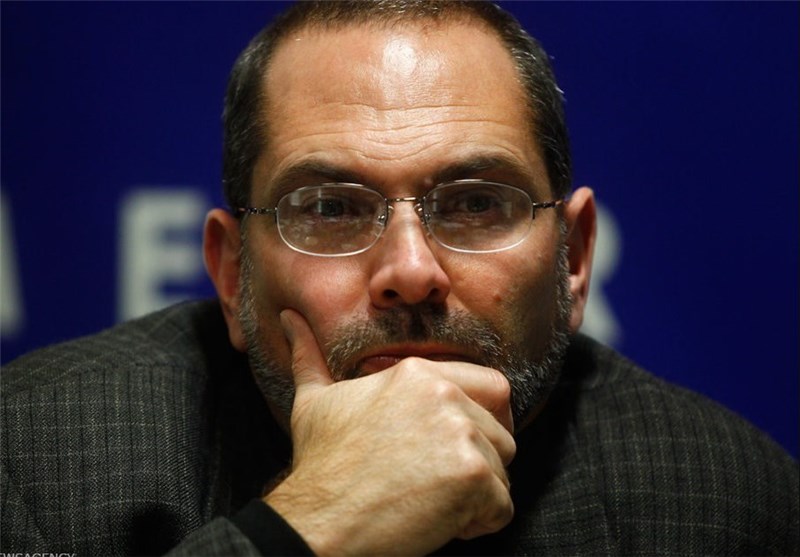 "…Having crawled into bed with the dogs of Zionism and Western Imperialism, it (the Saudi regime) has now taken on their attributes, which are war, genocide of innocent persons and an absolutely hypocritical stance when it comes to morality and to human rights,” Mark Glenn, from Idaho, said in an interview with the Tasnim News Agency.

Mark Glenn is a writer and co-founder of the Crescent and Cross Solidarity Movement, an interfaith forum dedicated to uniting Muslims and Christians against Zionists. He has his own blog The Ugly Truth.

Tasnim: As Saudi Arabia and its staunch allies are burying Yemeni civilians under the rubble of their airstrikes on a daily basis, some Western states, which claim to defend human rights across the world, not only are keeping silent but also supporting the coalition’s genocide in the Arabian Peninsula country. What is your take on the heinous crimes committed by the Al Saud regime? How the international community can stop the atrocities?

Glenn: Nothing taking place in this regard is what we would characterize as unusual. We have an old saying here in the west, which is that if you lie down and sleep with dogs, you will wake up with fleas, and this is exactly what has taken place with regards to KSA (Kingdom of Saudi Arabia), in that it having crawled into bed with the dogs of Zionism and Western Imperialism, it has now taken on their attributes, which are war, genocide of innocent persons and an absolutely hypocritical stance when it comes to morality and to human rights. That the KSA is the birthplace of Islam, is the motherland of the prophet Mohammed (PBUH) and today contains the holiest religious sites within Islam and yet as a political entity willingly stands in league with the devil is I believe perhaps a tragedy equal to the monumental human suffering that the KSA has perpetrated.

There is much that the international community can do, but I fear won’t. Virtually every government, except that of Iran, Syria, Russia, and a handful in South America, are completely beholden to America and the West and by extension therefore, to Israel. They know that if they go up against the monster they will find their countries being destabilized one by one and then their present governments being replaced by more compliant individuals and institutions.

Tasnim: In your opinion, why the Saudis, who have reached none of their objectives behind the prolonged war, do not want to end the bloodshed and resolve the crisis through peaceful means?

Glenn: The entire posture that the KSA maintains with regards to Yemen can be summed up not just in one sentence, but in one number--1979, the year Iran succeeded in securing for herself the fruits of liberation from Zionism and the West.

That 1979 and its attending Iranian Revolution were a blow to the West and to Zionist interests is neither a theory nor a trivial matter. What the Iranians achieved can be done again, and the powers that be know this and are desperate to stop it. Yemen, being a Shiite country whose people are ideologically aligned with Iran and her 1979 Revolution, could easily become a repeat of what the Iranians did themselves, threatening not just the corrupt KSA but as well, threatening to spread like a wildfire to those other countries in the region such as Egypt, Jordan, Turkey, etc., leaving the entirety of the Middle East inoculated against Western/American/Zionist influence. And this, in a nutshell, best explains why the Saudis--as well as the Americans and Israelis who are supporting them with weapons and logistics--are determined to prevent another 1979 Revolution in Yemen.

Tasnim: Months of UN-brokered negotiations hosted by Kuwait to end the Yemeni war or at least broker a real ceasefire have reached nowhere. In your opinion, how can the international efforts yield results?

Glenn: International efforts cannot yield results for the simple reason that all ‘international institutions’, whether it is the UN, the ICC, the IMF, etc., are there as enablers and pawns of Western imperialism and Zionism. The aforementioned ‘international institutions’ are only effective when they are furthering the interests of the aforementioned entities that created them, and certainly not in bringing justice or peace to people such as Yemen, whose present agenda is to free themselves of Western/Zionist influence.

Syria is a good model in this case. There is no ‘international’ effort involved, save that of what the US, Israel and the West have done in arming the terrorists who have destroyed that country. What we have seen is the manner by which the Syrian government itself working in cooperation with Russia, Iran and Hezbollah have made substantive gains against the West and its proxy terrorists, and this is what is going to have to occur in Yemen as well, and all can rest assured that this is on the table to be done as soon as Syria is able to stand on her own 2 feet again.

Tasnim: Why the West’s mainstream media are so passive in responding to the heinous crimes committed in Yemen by Saudi Arabia? It seems that there is a complete media blackout on the situation in the Arab country. What do you think?

Glenn: It must be understood that media is in many ways more powerful than thousands of tanks, fighter jets and bombs. Media is the electrical current that fuels the decisions that are made on a political level, and without it, no grand movement of political action can take place. The minds of the people must first be impregnated, first with propaganda designed to steer their affections in a certain direction and then with complacency to keep them uninterested in the bigger picture.

Again, Syria is very instructive in this regard. Here in the US, everyone knows about the ‘war crimes’ of the ‘tyrant Assad’ and about how the ‘rebels’ are merely ‘fighting for their freedom’. The American people know very little about the forces--including their own government--that were/are responsible for creating the dogs of Daesh and the incalculable human suffering these feral beasts have unleashed upon the people of Syria. Ask the average American though about the particulars of some Hollywood personality, what this person did this week, last month, last year, etc., and they will be an encyclopedia of useless information, and all of it due to the intoxicating effects of the media, which makes sure that Americans know very little of any importance and that what they do know is skewed in such a way so as to maneuver them politically into supporting whatever agenda the ruling elite have constructed for themselves, and even when this agenda runs contrary to the best interests of the American people.
(Tasnim)