The head of Iran's Strategic Council on Foreign Relations said that the main obstruction to fulfill JCPOA goals is the US acts of sabotage. 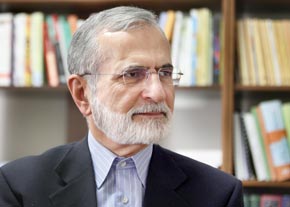 "I think, on the way of fulfilling  JCPOA goals, there are unfortunately some obstructions the most important of which is the US acts of sabotage”  Seyyed Kamal Kharazi told YJC.

Iran’s ex-FM asserted that the US again showed its breaching of promise and hoped that the country changes its trend to the agreement signed.

Pointing out some some problems in the process of implementing JCPOA, Kharazi said that the major barriers on the way of JCPOA implementation are those preventing bank deals and exchanges for which the US must make proper decisions and show political will to fulfill its commitment to the very agreement.

He noted that legally the agreement has no problem and it is the US and its hegemony over the world’s financial environment which has prevented JCPOA implementation.
Share to
Tags
US ، JCPOA ، obstuction ، Iran
Your Comment