Damascus has slammed as “inaccurate and politically-motivated” an Amnesty International report claiming that Syrian military police hanged as many as 13,000 people over the course of five years. 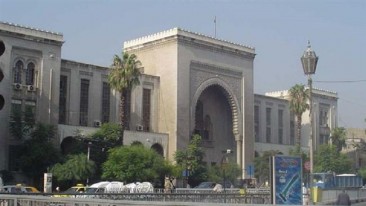 The Syrian Justice Ministry, in a statement published on Tuesday, rejected the account of mass hangings at Saydnaya prison near Damascus between 2011 and 2015 as bogus and false, saying such claims are meant to ruin the government’s reputation in the international community.

The statement further emphasized that based on Syrian law, death sentences are handed only after judicial trials run through several degrees of litigation.

Such allegations come in the face of recent gains by Syrian army forces and allied popular defense groups in battles against foreign-sponsored Takfiri terrorists, and the atmosphere of national reconciliation in the country, it added.
(Press TV)