TEHRAN, March 17, YJC - The Syrian government has warned against an imminent disaster in the wake of airstrikes by the US-led military coalition against purported Daesh-held areas close to the Euphrates and Tishrin dams, urging UN Secretary General Antonio Guterres to compel the coalition to stop the raids. 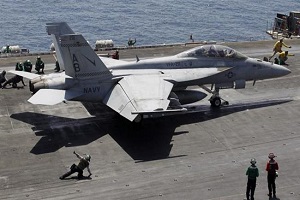 "The total destruction of these dams that are being targeted by the airstrikes will wash away and flood cities, towns and villages, endangering the lives of hundreds of thousands of people living in those areas,” Mounzer wrote.

He asked the UN and Security Council to pressure the United States and the members of the so-called anti-Daesh coalition "to stop targeting the Euphrates Dam, the Tishrin Dam and the surrounding areas and other infrastructure in order to forestall the looming catastrophe.”

The US-led coalition has been conducting airstrikes against what are said to be Daesh terrorists inside Syria since September 2014 without any authorization from the Damascus government or a UN mandate.

The coalition has repeatedly been accused of targeting and killing civilians. It has also been incapable of destroying Daesh.

On March 12, at least 10 civilians were killed and several others injured when a US-led airstrike targeted the town of Maskanah, located 100 kilometers southeast of the Syria’s northern city of Aleppo.