TEHRAN, March 31, YJC -Secretary General of the United Nations Antonio Guterres is disappointed and alarmed by Israel's approval of the construction of its first completely new settlement in the occupied Palestinian territory of West Bank in 25 years. 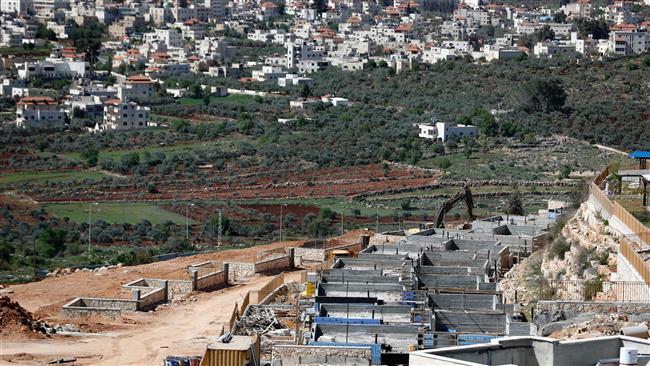 TEHRAN, Young Journalists Club (YJC) - "The secretary general has consistently stressed that there is no Plan B for Israelis and Palestinians to live together in peace and security," UN spokesman Stephane Dujarric said in a statement on Friday.
"He [Guterres] condemns all unilateral actions that, like the present one, threaten peace and undermine the two-state solution," he added.
Israel’s so-called security cabinet on Thursday unanimously voted in favor of the new settlement in two decades.
Israeli Prime Minister Benjamin Netanyahu’s office released a statement Thursday night, announcing that the new settlement will be built near the West Bank settlement of Emek Shilo and the Palestinian city of Ramallah.
The move was swiftly condemned by Palestinian officials, with Hanan Ashrawi, an executive committee member of the Palestine Liberation Organization, saying the "announcement once again proves that Israel is more committed to appeasing its illegal settler population than to abiding by the requirements for stability and a just peace."
The Israeli ministers also approved the construction of 2,000 settler homes out of the 5,700 units announced two months ago, and endorsed the expropriation of 90 hectares (222 acres) of Palestinian land near the Israeli settlement of Eli north of Ramallah.
The latest expansionist measures, which are in violation of last December's UN Security Council Resolution 2334, come as the Israeli regime has been holding negotiations with the administration of US President Donald Trump on new settlement building plans.
Figures released by Israel's Central Bureau of Statistics showed last week that 2,630 settlement units were constructed in the West Bank last year, marking a rise of 40 percent from 2015.
About 600,000 Israelis live in over 230 illegal settlements built since the 1967 Israeli occupation of the Palestinian territories of the West Bank and East Jerusalem al-Quds.
Palestinians want the West Bank as part of a future independent Palestinian state, with East Jerusalem al-Quds as its capital, Presstv reported.
Since the January inauguration of Trump, the Tel Aviv regime has stepped up its construction of settler units on occupied Palestinian land in a blatant violation of international law, Presstv reported.
Share to
Related News
Israel approves first West Bank settlement in 25 years
Arab League calls for formation of independent Palestine state
Israel simulates destruction of Palestine villages to train troops
Tags
un ، israel ، palestine
Your Comment