TEHRAN, April 9, YJC - An explosion in a church in north of Cairo that killed at least 21 people and wounded more than 51 others, officials say. 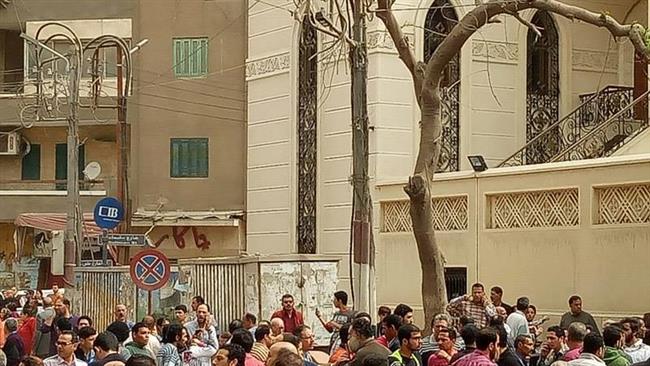 TEHRAN, Young Journalists Club (YJC)-The explosion in the Nile Delta town of Tanta was the latest in a series of attacks on Egypt's Christian minority. It comes just weeks before Pope Francis is due to visit Egypt.

The explosion hit a church in Tanta, north of Cairo,  and killed at least 21 people and wounded more than 51 others, officials say.

State television confirmed the explosion on Sunday, yet the cause of the blast is yet unknown.

The officials also say that there was a another blast near the city’s police academy.

Egypt has been facing violence over the past years the due to terrorist attacks the responsibility of which mostly claimed by the Takfiri Velayat Sinai terrorist group.

The group, previously known as Ansar Bait al-Maqdis, was founded in 2011, and in mid-2013, it began a campaign of deadly attacks against Egyptian security forces. Yet, no one immediately claimed the attack responsibility.

According to Press TV, Velayat Sinai has killed hundreds of soldiers and police officers, particularly in the Sinai Peninsula, since then. In November 2014, it pledged allegiance to the Daesh terrorist group, which is mainly active in Syria and Iraq, and renamed itself again as Daesh-Velayat Sinai Province.