TEHRAN, April 13, YJC - The Iranian Foreign Ministry says the country supports dialog between the Venezuelan government and the opposition aimed at diffusing tensions in the Latin American country. 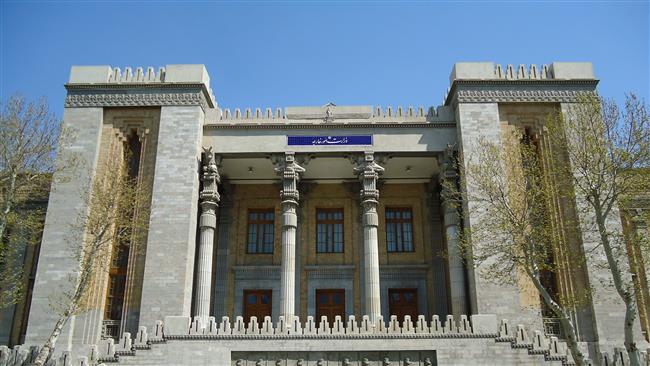 TEHRAN, Young Journalists Club (YJC) - Foreign Ministry Spokesman Bahram Qassemi said on Wednesday that Iran endorsed the democratically-elected government of Venezuela and backed "the continuation of talks between the government and the opposition aimed at resolving their differences peacefully.”
"We, however, express our opposition to any foreign interference in Venezuela’s internal affairs and urge respect for the country’s independence and sovereignty,” Qassemi said.
Venezuela has been the scene of intensified anti-government protests for the past two weeks.
The protests followed a decision by the country’s Supreme Court in late March to assume the functions of the opposition-led congress.
The court quickly reversed the controversial decision, but protesters have pressed ahead with their calls for President Nicolas Maduro's resignation and early elections.
Venezuela’s presidential elections are due to take place next year.
"The establishment of stability and security in the Latin America region, especially in the friendly and brotherly country of Venezuela, is highly significant to the Islamic Republic of Iran. We believe the persistence of unrest in this country will serve the interests of no sides and can pile up pressure on the Venezuelan nation,” the Iranian official said.
Two people have so far died and dozens have been injured in the protests.
Supporters of Maduro have also staged protests across the country this week.
The protests come amid the country's economic woes, including rising inflation, which Maduro's cash-strapped government blames on the global oil slump.