TEHRAN, May 6, YJC - A senior adviser to Leader of the Islamic Revolution Ayatollah Seyyed Ali Khamenei says Iran equates defending Syria and Iraq with defending itself. 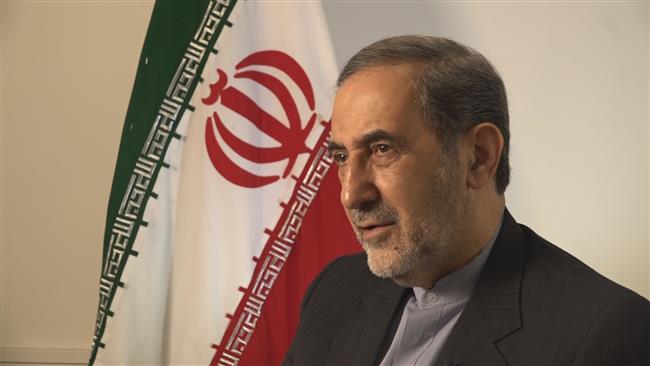 TEHRAN, Young Journalists Club (YJC) - "We consider defending Syria and Iraq and their sovereignty to be defending ourselves because preserving the stability of regional countries and preventing their disintegration is very crucial to regional stability [as a whole],” said Ali Akbar Velayati, who advises the Leader on international affairs, on Saturday.
He made the remarks in a meeting with the visiting State Secretary at the German Federal Foreign Office Markus Ederer in Tehran.
Velayati added that some regional countries, however, appeared to be disinterested in the resolution of the conflicts and rather sought to complicate and prolong problems.
"The Islamic Republic has invariably put up resistance in the region, and one has to say explicitly that it has trodden [solely] down the path of confronting terrorism with an eye to international peace and stability,” Velayati said.
The country, he said, maintains a presence in Syria and Iraq at their official invitations to fight terrorism.
Iran has been lending advisory military support to Damascus and Baghdad. Both Arab states have, time and again, lauded the contribution made by the Islamic Republic.
Iran-German relations
Velayati also said that Tehran greatly valued Berlin’s independent standpoints in the European Union.
Ederer, for his part, said bilateral ties between Iran and Germany were "age-old.”
Tehran and Berlin’s cultures are similar, which has contributed much to the deepening of the bilateral ties over the recent years, he said.
The exchange of visits by Iranian and German officials showed that the bilateral ties had improved, Ederer said.
The German official said he was optimistic about the outcome of his meetings with Iranian officials, especially Velayati. He said he believed the discussions would be "very constructive” and contribute to the continued implementation of a 2015 nuclear deal between Iran and six world powers, including Germany.
Share to
Related News
Leader: Any voter dereliction would harm Iran
Tags
Iran ، Syria ، velayati
Your Comment