TEHRAN, May 9, YJC -Israel has hit back at Turkish President Recep Tayyip Erdogan, who recently compared Israeli practices against Muslims to apartheid. 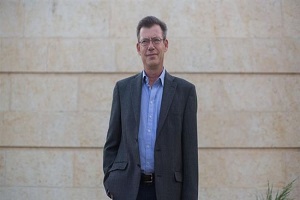 TEHRAN, Young Journalists Club (YJC) - Israeli Foreign Ministry spokesman Emmanuel Nahshon on Monday said, "Whoever systematically violates human rights in their own country should not preach morality to the only true democracy in the region.”
Earlier on Monday, Erdogan had pledged never to allow a controversial ban on Muslim calls to prayers to take effect in occupied Palestine.
The ban has been envisioned in an Israeli bill, which was approved by ministers in February but is yet to be adopted by the Israeli parliament.
"God willing, we will never allow the silencing of azan (the Islamic call to prayers) in the skies of Jerusalem,” Erdogan said at the International Jerusalem Foundations Forum in Istanbul.
The Turkish President also effectively said that Israel was practicing apartheid.
"What’s the difference between Israel’s current practices and the racist and discriminatory policies implemented toward the blacks in America in the past, and in South Africa more recently?” he asked.
During his Monday remarks, Erdogan also slammed plans for relocating the US embassy from Tel Aviv to Jerusalem al-Quds, saying that relocating even a stone in Israeli-occupied city would have serious implications.
"The debates over the possibility of US moving its Israel embassy to Jerusalem are extremely wrong and should certainly drop from the agenda,” he said.
The planned relocation of the American embassy to Jerusalem al-Quds remains a controversial issue and has sparked fears of a renewed outbreak of unrest across the occupied Palestinian territories.
During the 2016 presidential campaign, US President Donald Trump promised Israeli Prime Minister Benjamin Netanyahu that he would recognize Jerusalem al-Quds as Israel’s undivided "capital.”
This is while Palestinians are seeking to create an independent state in the territories of the West Bank, including East Jerusalem al-Quds and the besieged Gaza Strip, with East al-Quds as the capital.
Ankara and Tel Aviv "normalized” their ties last year after a dispute over the killing of Turkish activists in international waters by Israeli soldiers.
In June 2016, Israel and Turkey reached an agreement on the normalization of their relations six years after an Israeli raid on a Gaza-bound Turkish aid flotilla killed 10 Turkish activists in high seas and sent their ties spiraling into a cycle of tensions in May 2010.
Source:Press TV
Share to
Related News
Chancellor Merkel hails Ankara as major partner in terror fight
UN rights chief slams Turkey’s post-coup purge, warns Egypt over crackdown
Turkey threatens more attacks on US-allied Kurdish forces
Tags
israel ، violator ، erdogan
Your Comment