What do candidates say regarding nuclear issue? / Exclusive

Tehran, YJC. Here come in brief the positions that current candidates have so far taken on the nuclear program. 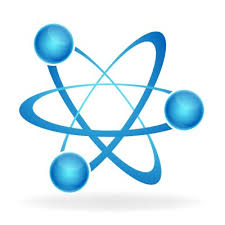 Qalibaf says that as the nuclear program is a major national case, governments must act within the system’s infrastructural policies. He also believes that suspension of the enrichment is nothing to decide overnight.

Velayati : It is going to be a feat if we are nuclear and are not given a resolution.

-   Mottaki: We have the upper hand in the nuclear issue.

The optimistic Manouchehr Mottaki says that things have so happened to pave the way for resolving the nuclear issues.

"I told the Supreme Leader we could place our own demands on one tray of the scale and theirs on the other one, and then see what mechanism we could adopt to gratify the demands,” Mottaki once said.

-   Al Eshaq: The Iranian nuclear issue is over.

Yahya Al Eshaq says that as Iran has obtained the nuclear technology the case is practically closed.

Bahonar: We will not compromise our nuclear rights by saying it is peaceful.

Mohammadreza Bahonar has advised the West to pursue the Iranian nuclear case in legal terms.

He also believes that the Supreme Leader’s fatwa must be recorded in the NPT as a decree from the highest reference in Shiism.

-   Rohani: We did not back down on nuclear issue.

Hassan Rohani says "With the nuclear case as our alibi, we prevented a war. We did not let the case go before the Security Council and we completed our nuclear technology. So it is wrong when they say we backed down on the nuclear issue.”

-   Rezaei: Our nuclear diplomats have crippled our buffering capabilities

Hassan Sobhani believes that national interests must be reviewed over time to insure that current policies work toward them.

-   Saeidi -kia: Iran and the West will ultimately reach agreement

Mohammad Saeidikia believes that wise relations must be kept based on principles, because Iran and the West will eventually make agreements.

-    Shariatmadari: We must talk from the authoritative position.

Mohammad Shariatmadari expresses doubts over the functionality of current negotiations, believing that as much as the other side is intricate and sophisticated, the Iranian must try to outdo them.

Mohammadreza Aref believes that as much as he considers the nuclear technology a right, he believes in cooperation and mutual understanding. Aref says that using a well-arranged team, Iran could better defend its right to nuclear program.

Ali Fallahian says the world has accepted the fact that Iran is in the clear on the nuclear issue. He believes that there would be no problem if Iran suspended enrichment right away, because what the country intended to obtain was the technology.

-     Kavakebian: Nuclear negotiations are of no use.

Mostafa Kavakebian says that the whole nuclear talk is in vain and will result in nothing as long as they are meant turn out as a no-win deal. He believes that negotiations must progress toward a win-win outcome.