TEHRAN, June 1, YJC - Lieutenant Commander of the Islamic Revolution Guards Corps (IRGC) Brigadier General Hossein Salami said extensive measures have been taken to ensure the security of the forthcoming ceremony marking the anniversary of the passing away of Imam Khomeini. 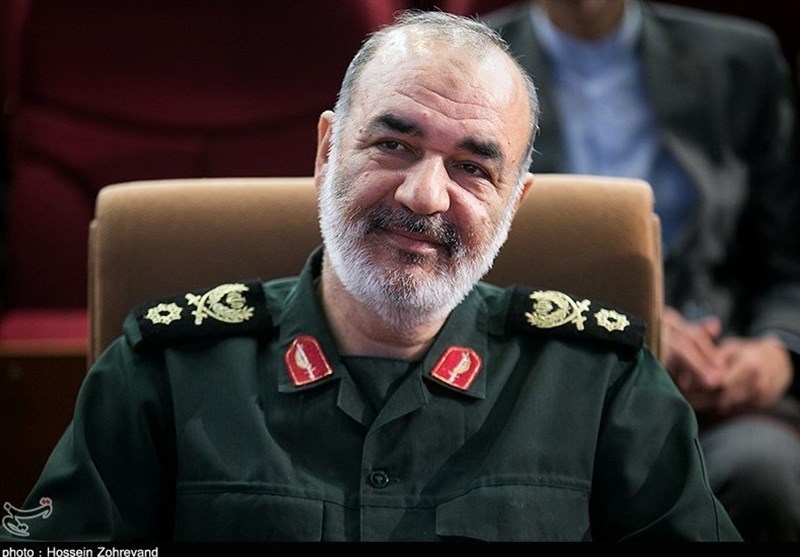 TEHRAN, Young Journalists Club (YJC) - In a speech on Wednesday, Brigadier General Salami pointed to the mourning ceremony due to be held at the mausoleum of Imam Khomeini (RA), the late founder of the Islamic Republic, in southern Tehran and described the annual massive gathering as one of "the most glorious ceremonies” in the world.
He added that the ceremony, held every year in the past 27 years, will be staged more gloriously than ever next week.
The commander also emphasized that the organizers of the event have taken extensive measures to ensure the security of the event and facilitate the presence of pilgrims in the mausoleum of Imam Khomeini.
Every year, large crowds of Iranians travel to Tehran from different parts of the country to pay tribute to Imam Khomeini at his shrine.
Ayatollah Ruhollah Moussavi Khomeini, better known as Imam Khomeini, engineered Iran’s 1979 Islamic Revolution, which led to the overthrow of the US-backed Shah of Iran.
Imam Khomeini passed away on June 3, 1989, at the age of 87.
Share to
Tags
Iran ، Imam Khomeni ، demise
Your Comment