TEHRAN, June 1, YJC - The UK Home office has admitted that it might never publish the findings of a “sensitive” investigation into the foreign funding and support of terror groups active in the UK, according to a new report. 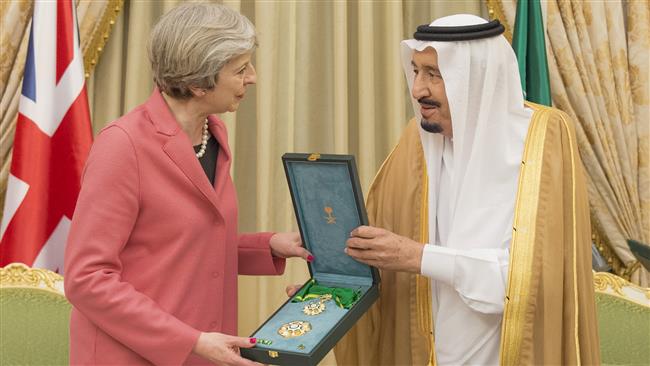 TEHRAN, Young Journalists Club (YJC) - Commissioned by former UK Prime Minister David Cameron in December 2015, the report was aimed at exposing revenue streams of extremists and paid special attention to Saudi Arabia, The Guardian reported Wednesday.
The Home Office confirmed that the report had yet to be completed and might never be released to the public because of its "very sensitive” content.
The next government would make the final decision on the report’s release after the June 8 general election, a Home Office spokesman said.
The probe was conducted as part an agreement with the Liberal Democrats in return for supporting the extension of the UK’s participation in the US-led military campaign against purported terrorist positions inside Syria, Presstv reported.
Lib Dem foreign affairs spokesman Tom Brake has asked Prime Minister Theresa May, who was home secretary under Cameron, to make sure the investigation would be completed, specially after the recent terror attack that killed and injured dozens in Manchester.
"As home secretary at the time, your department was one of those leading on the report. Eighteen months later, and following two horrific terrorist attacks by British-born citizens, that report still remains incomplete and unpublished,” Brake argued.
"It is no secret that Saudi Arabia in particular provides funding to hundreds of mosques in the UK, espousing a very hardline Wahhabist interpretation of Islam. It is often in these institutions that British extremism takes root,” he added.
The report’s findings might invoke serious political and legal responses from Saudi Arabia, given the kingdom’s short-tempered reactions to similar actions in the past.
Riyadh threatened to sell off $750 billion in American assets last year, after Congress pushed for a law that would have let families of the September 11, 2001 terror attack victims sue the Saudi regime.
Of the 19 hijackers that allegedly carried out the attacks, 15 had Saudi Arabian nationality and available evidence suggests that some of them were linked to high-ranking Saudi officials.
Share to
Related News
US judge tosses Saudi Arabia’s motion to dismiss 9/11 complicity lawsuits
Saudi Arabia blatantly subservient to US: Yemeni leader
Tags
UK ، saudi Arabia ، terror report
Your Comment