TEHRAN, June 2, YJC - Pro-peace and charitable NGOs blast the international community for having lost countless opportunities to end Israel’s occupation of the Palestinian territories over the past 50 years. 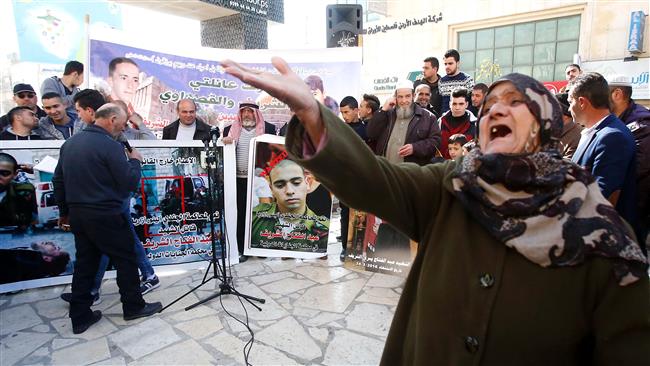 TEHRAN, Young Journalists Club (YJC) - Catholic NGO Pax Christi International and Oxfam, which groups humanitarian bodies, made the remarks in separate statements on Thursday in the run-up to the 50th anniversary of Israel’s invasion and occupation of the Palestinian territories of the West Bank and East Jerusalem al-Quds, which will be falling on June 5.
Ever since, Israel has dotted the territories with over 230 illegal settlements, which by now accommodate some 600,000 settlers.
Since the onset of the occupation, Pax Christi wrote, "the international community has been witness to the denial of human rights and the deterioration of conditions throughout the occupied Palestinian territories.”
It quoted a statement by UN Special Rapporteur on human rights in the occupied Palestinian territories Michael Lynk from earlier this month, which detailed the "systemic human rights violations that accompany this occupation -- collective punishment, confiscation of property, excessive use of force and unlawful killings, lack of freedom of movement and steady settlement expansion, among others.”
"We are commemorating a sad milestone this month with 50 years of devastating occupation. It is urgent that it is resolved,” said the NGO’s Co-President Marie Dennis.
Oxfam official Chris Eijkemans said, "There are few examples of poverty or injustice in the OPT (Occupied Palestinian Territories) that do not stem from the occupation. If it weren’t for the occupation, most aid agencies would not need to be here.”
"The issues facing Palestinians are enormous and complex, but on each count, despite the billions of dollars invested, the lives of Palestinians cannot meaningfully improve as long as the occupation persists,” he added. "Israel has no incentive to end the occupation while it bears no tangible cost for its violations.”
On June 5, 1967, remembered by Palestinians as "Naksa (Setback) Day,”  Israeli forces also captured Lebanon’s Shebaa Farms, Syria’s Golan Heights, Egypt’s Sinai and Palestine’s Gaza Strip.
Tel Aviv has withdrawn from the latter two, but has kept Gaza under insufferable conditions, featuring a stifling blockade and unremitting military attacks.
The international community views the occupation of East Jerusalem and the West Bank since 1967 as illegal, but many Palestinians believe all historic Palestine has been occupied since the creation of Israel in 1948.