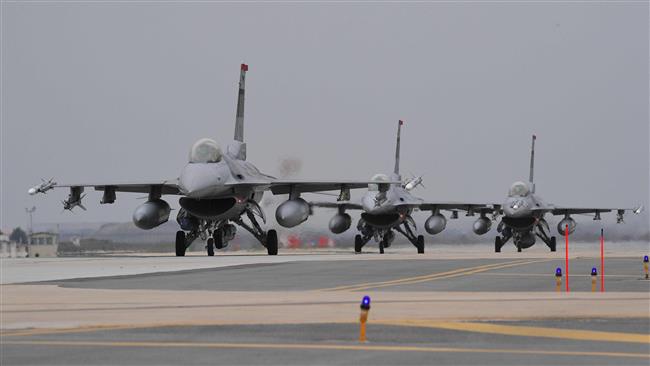 TEHRAN, Young Journalists Club (YJC) - On Tuesday, US-led warplanes attacked a Syrian military position on the road to the town of At-Tanf, where US forces are based, killing a number of people and causing some material damage.
The Syrian army command has warned against the risks of such escalations and urged the coalition to not carry out similar aggressive actions under any pretext, the official SANA news agency quote a military source as saying.
"This aggression once again demonstrates these forces' support for terrorism, at a time when the Syrian Arab Army and its allies are making daily progress against Daesh [Takfiri terrorist group],” the source added.
He further affirmed the resolve of the Syrian army and its allies to continue fighting terrorist groups, primarily Daesh and Jabhat Fateh al-Sham, formerly known as al-Nusra Front.
Separately on Wednesday, Russian Deputy Foreign Minister Sergei Ryabkov said the US air raid violates international law, Interfax news agency reported.
Viktor Ozerov, the chairman of the Defense and Security Committee of the Federation Council, the upper house of the Russian parliament, said such strikes empower militants.
"Eventually, such actions by the United States undermine the process of political settlement, because they give the terrorists grounds to think that they are not alone in fighting the government forces, that a great power like the United States is also on their side. It may give them some additional power to continue fighting on the territory of Syria, and in Iraq too,” Ozerrov said.
Syria is entitled to initiate a United Nations Security Council debate on the issue, he noted, rejecting as baseless the coalition’s claims that its airstrike was defensive.
The coalition had said in a statement that the Syrian forces who came under the attack posed a threat to US and US-backed forces in Syria.
"Despite previous warnings, pro-regime forces entered the agreed-upon de-confliction zone with a tank, artillery, anti-aircraft weapons, armed technical vehicles and more than 60 soldiers,” the statement read.
The US-led coalition had carried out a similar strike on a Syrian military convoy near At-Tanf last month.
The US and its allies have been bombarding what they call Daesh positions inside Syria since September 2014 without any authorization from the Damascus government or a UN mandate.
They have been accused of targeting and killing civilians, while failing to fulfill their pronounced goal of destroying Daesh.