TEHRAN, June 9, YJC - The Bahraini regime has announced that it will follow the United Arab Emirates’ suit in jailing anyone expressing sympathy for Qatar over sanctions imposed on the country by other Arab states of the Persian Gulf region. 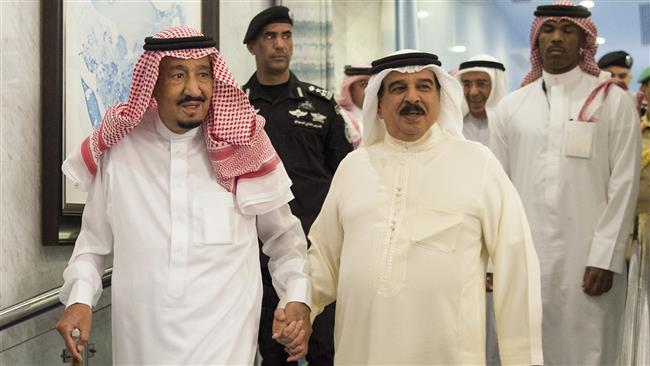 TEHRAN, Young Journalists Club (YJC) - "Any expression of sympathy with the government of Qatar or opposition to the measures taken by the government of Bahrain, whether through social media, Twitter or any other form of communication, is a criminal offence punishable by up to five years in prison and a fine," a statement of the Bahraini Interior Ministry said on Thursday.
Bahrain’s decision comes just a day after the UAE adopted a similar measure and warned that sympathy for Qatar in a current spat with neighbors could land sympathizers in jail for up to 15 years.
On Monday, the UAE, Bahrain and Egypt followed Saudi Arabia in cutting diplomatic ties with Qatar, accusing the country of supporting terrorism and destabilizing the region, Presstv reported.
They also halted sea, air and land traffic with Qatar, effectively imposing a blockade on the tiny kingdom.
Qatar has denied allegations of supporting terrorism while maintaining that it is paying for its independent foreign policy. Qatari officials have indicated that Saudi Arabia has been constantly pressuring Doha over the past years and that they have resisted foreign interference in their internal affairs.
Bahrain’s decision to prosecute citizens sympathizing for Qatar comes amid a massive crackdown on anti-regime protesters in the monarchy.
The small island nation, which hosts US Navy's Fifth Fleet and enjoys vast support from Saudi Arabia, has been rocked by protests since February 2011.
Many protesters continue to serve jail terms in Bahrain for expressing their views online while the kingdom has rejected international calls for more tolerance toward political dissent.
Share to
Related News
Saudi, UAE, Bahrain, Egypt cut ties with Qatar
Tags
bahrain ، Qatar ، jail
Your Comment