TEHRAN, June 10, YJC - Police in the US state of Oklahoma have fatally shot a black man while trying to pick him up for a mental health issue, sparking a protest by African American residents in the city of Tulsa. 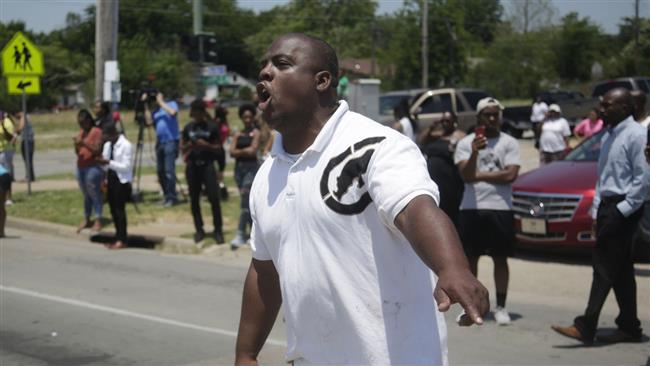 TEHRAN, Young Journalists Club (YJC) - Three law enforcement officers were attempting to pick up 29-year-old Joshua Barre near his house on Friday, but the man walked away to a nearby store, according to Tulsa police spokesman Leland Ashley.

Two Tulsa County sheriff's deputies and a Tulsa city police officer shot Barre before he could enter the store after they discovered that he was carrying two knives, Ashley said.

The sheriff's deputies who fired the shots are white and the police officer is black. All three have been put on administrative leave.

Authorities are reviewing footage believed to have been recorded by police dashboard and store surveillance cameras. It is not clear how many times Barre was struck.
The shooting comes about three weeks after a jury acquitted a white policewoman in Tulsa of manslaughter in the fatal shooting of an unarmed black man last year.

The verdict in favor of Betty Jo Shelby, 43, who was allowed to return to the force, sparked protests and calls from community leaders and family members of 40-year-old Terence Crutcher to demand more accountability from the police.
Police had gone to Barre's home several times since a civil mental health pickup order was issued May 31.

Dozens of black residents gathered at an intersection near the store within minutes of the shooting. Some shouted, "Hands up, don't shoot." At least two dozen officers and deputies wearing riot gear assembled in the store's parking lot.