US should increase pressure on Qatar: Emirati ambassador

TEHRAN, June 14, YJC - The Emirati ambassador to the US has called on Washington to consider the relocation of its airbase in Qatar and to pressure Doha over its alleged support of terrorism. 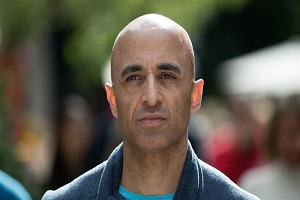 TEHRAN, Young Journalists Club (YJC) - In early June, Saudi Arabia, Bahrain, Egypt and the United Arab Emirates broke off relations with Doha and suspended all land, air and sea traffic with the monarchy. In their apparent bid to secure US support and that of Israel, the four countries cited Qatar's links with Hamas and accused it of supporting terrorism.
On Tuesday, Ambassador Yousef al-Otaiba announced that the UAE would be presenting a list of actions it requires Qatar to carry out in order for ties to be returned to normal.
He noted that the list would include sanctions aimed at Qatari banks.
Otaiba added that both the UAE and the US have been permitting Qatar to engage in "bad behavior” for "a very long time.”
The Emirati ambassador noted that the al-Udeid air base (seen below) was probably the reason why the US was not taking any action towards Qatar.
Source:Press TV
Share to
Related News
US, Qatar signs $12bn fighter jet deal amid Persian Gulf row
1 congressman shot as gunman opens fire on lawmakers in Virginia
US envoy to Qatar to quit as Persian Gulf row intensifies
Sen. Paul pushes bill to block US arms sale to Saudi Arabia
Workers complain of low wages and abuse at Ivanka Trump factory
Dems to sue Trump over foreign payments
Hate group rallies against Islamic law in dozens of US cities
Tags
US ، qatar ، pressure
Your Comment