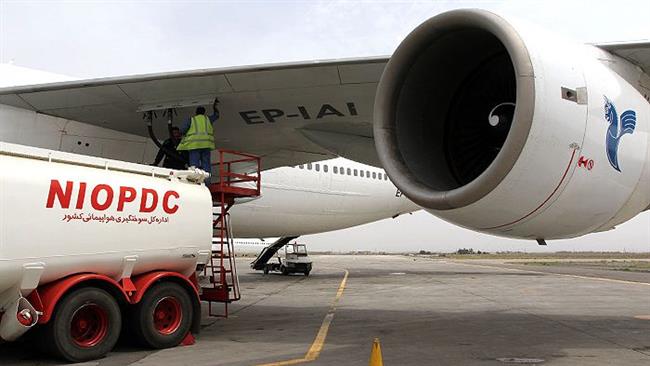 TEHRAN, Young Journalists Club (YJC) - The company has held negotiations with Iranian officials, NIOPDC Managing Director Mansour Riahi said, adding if the talks yield positive results, Shell will be able to supply fuel not only at the Imam Khomeini International Airport (IKIA) but also in other areas.

“Shell is willing to ship fuel from Iran and sell it at airports in the Persian Gulf littoral states and neighboring countries,” he said.

Riahi said given that fuel supply stations in the country are handled in a traditional and individual way, Iran has decided to use the experiences of other countries to implement a gasoline branding project.

In 2015, the head of Iran’s filling stations union said that Royal Dutch Shell and France’s Total had been allowed to operate 200 gasoline stations inside Iran but other officials dismissed the allegation.

Until now, the only retail service stations belong to the National Iranian Oil Products Distribution Company.

Some 3,600 petroleum products stations and 2,400 CNG supply sites are currently refueling cars across Iran, but there is no coherent control over their operation, Riahi said.

With the implementation of the branding project, a number of supply sites will come under the cover of new companies, 53 of which have received approval to establish refueling sites.

In Tehran, up to 10 sites have been activated in the form of three brands, the official said.

“In the branding scheme, fuel distribution companies will first get the same price from the drivers, but in the future, their services and locations will be evaluated and efforts will be made to create a competitive atmosphere among the sites about how to provide services and recover costs,” Riahi said.

More than 15 million vehicles ply the country’s roads and according to Minister of Petroleum Bijan Zangeneh, Iranians burn nearly 70 million liters of gasoline a day, of which five million liters is imported.

Fuel prices in Iran are among the cheapest in the world even after the government cancelled offering oil products at subsidized prices in May 2015.