TEHRAN, July 31, YJC -The Saudi government has described as a “declaration of war” what it says are calls by Qatar for the “internationalization” of the Muslim Hajj pilgrimage sites in Saudi Arabia, a demand that Doha says it has not made. 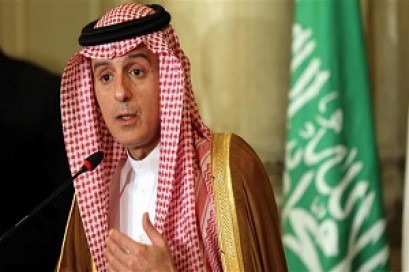 TEHRAN, Young Journalists Club (YJC) -“Qatar’s demands to internationalize the holy sites is aggressive and a declaration of war against the kingdom,” Saudi Foreign Minister Adel al-Jubeir was quoted by Saudi-owned Al Arabiya television as saying on Sunday.

“We reserve the right to respond to anyone who is working on the internationalization of the holy sites,” he said, without elaborating.

Qatari Foreign Minister Sheikh Mohammed bin Abdulrahman Al Thani, whose country faces a diplomatic and economic war by a Saudi Arabian-led group of countries, responded by saying that no Qatari official had made such a demand.

“We are tired of responding to false information and stories invented from nothing,” he told Al Jazeera TV later on Sunday.
Saudi Arabia, the United Arab Emirates, Bahrain, and Egypt have cut their diplomatic ties with Qatar and laid an economic siege on it. They have publicly cited what they say is Doha’s sponsorship of terrorism as the reason for the boycott but are commonly believed to be irritated by Qatar’s partial independence in matters of foreign policy from the other Arab countries in the Persian Gulf. Some of the boycotting countries also face accusations of backing terrorist groups themselves.

The feud erupted back in May, when Qatar said its state news agency had been hacked and controversial comments falsely attributed to the Qatari emir had been posted on the agency’s website and Twitter accounts.

The remarks attributed to Emir of Qatar Sheikh Tamim bin Hamad Al Thani were taken by Saudi Arabia and the other countries as incendiary and they proceeded to sever ties with Doha on June 5, offering the “terror sponsorship” claim as the reason.

Qatar said later in June that the hack had originated in the countries waging the diplomatic war on Doha. A piece by The Washington Post also later cited US intelligence officials as making a similar statement.

On Saturday, a Qatari rights body said Saudi Arabia was “politicizing” the Hajj pilgrimage by introducing certain restrictions on pilgrims from Qatar. But it made no request for an “internationalization” of the holy sites in Saudi Arabia.

‘Ready for dialog,’ or maybe not

Meanwhile, foreign ministers from the four countries boycotting Qatar gathered in Bahrain on Sunday to discuss the regional dispute.

They claimed they would be “ready for dialog” with Qatar if it met a series of demands they have presented to Doha.
Among the demands are that Qatar downgrade its ties with Iran, shut down Al Jazeera, and close a Turkish military base in the Arab country.

Doha has said the demands are emblematic of how the diplomatic and economic war it has faced has nothing to do with terrorism.

However, Jubeir, the Saudi foreign minister, said the Saudi-led bloc would not be negotiating on the list of demands. He did not explain in what areas the four countries would be “ready for dialog” then.

The Qatari foreign minister called the stance of the Saudi-led bloc expressed in the Bahrain meeting as “a continuation of a policy of intransigence.”

Jubeir’s latest remarks about the “declaration of war” could be a sign that the Saudi-led countries may be planning to escalate the standoff with Qatar.